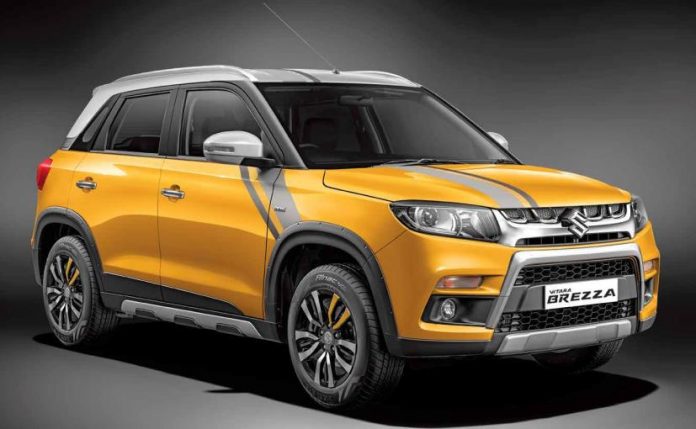 The nation’s biggest carmaker, Maruti Suzuki India, said that its compact SUV Vitara Brezza had surpassed the cumulative sales threshold of 5.5 lakh units within 4.5 years of its launch.

The model developed and conceptualised for India within India, was released early in 2016. The company launched a new edition of the vehicle powered by a 4 cylinder 1.5-litre K-series BS-VI petrol engine earlier this year because of the move to the BS-VI emission level, thus doing away with the diesel model.

In a quick period of six months, the current Vitara Brezza has now delivered over 32,000 units, the company stated.

Commenting on the total market success of the car, Shashank Srivastava, Executive Director (Marketing and Sales) of Maruti Suzuki India, stated, Vitara Brezza’s 5.5 lakh sales milestone was a flagship declaration of our commitment to continually innovate and improve the portfolio of Maruti Suzuki in line with current customer tastes and brand trends.

He said that the Vitara Brezza has conquered the compact SUV category since its introduction and ‘clicked with the SUV buyer’s passion’, with its strong design language, strong performance and a sporty attitude.

“Vitara Brezza has further delighted the consumers and solidified its pole position in the market with the launch of the powerful 1.5L petrol engine along with various specification updates,” Srivastava said.

LED headlamps, dual-tone alloy wheels, as well as LED tail lamps are featured on the exterior. Within, it arrives with a 7-inch infotainment system from Maruti, Android Auto and Apple CarPlay, climate control, cruise control, a multi-info monitor, steering-mounted music control, as well as push-button start, keyless entry. Dual airbags, ABS with EBD, rear parking sensors, and a rearview camera are among the safety features.

Passionate In Marketing - November 28, 2020
0
Fortune Foods is praising 20 years of its essence in the Indian food industry. Denoting this achievement, the brand's most recent mission...

Prediction of growth for AdEx on GECs by the TV industry