Volkswagen, the Automotive Brand launched its new TVC in the Indian market for their newest SUV offering, Tiguan Allspace. The #FitsAll campaign is telecasted throughout TV, digital, and social media platforms. This campaign was conceptualised by Voltage.

Steffen Knapp, director of Volkswagen Passenger Cars India, said in an interview, “The communication on SUV category has always been mainly driven by product-first, customization, and functionality & car features of the vehicles. He also mentioned that today, as times change, consumers don’t just consider their automobiles as rational choices but see them as an extension of their identity and personality, particularly with SUVs.

Knapp has said although it is an incredible niche demographic the Company is seeking to target, the advertisement is planned to concentrate on all related facets. With the present situation in mind, #FitsAll has taken a 360-degree approach that involves the expansion of the movement across many channels, such as broadcast, digital, OOH and print media.

The campaign video demonstrates the characteristics and rundown of an SUV in many separate videos, including the city and hills as well as the driving experience.

The campaign will also concentrate on video-led media interaction with various forms of appearance. Max coverage and consumer link benefits like the Indian Premier League (IPL) on Disney+ Hotstar have been decided as the TV spots.

The SUVW strategy, in which the company will introduce four Indian market SUVs at the start of 2020, has also been revealed by Volkswagen India. In Q1 2020, Tiguan Allspace and T-Roc were launched out of four.

Knapp also said that the contact brief described the customer base for Tiguan Allspace, adding that Volkswagen’s goals are those people who are open to new thoughts, suggestions and interactions instead of those who are using their power to draw a link between themselves and the world.

“These individuals are egalitarian citizens who, along with their opinions and interests, embrace others; allowing their environments to be opened that interact directly with Tiguan Allspace. The SUVW #FitsAll-Journeys, Desires, Conveniences and Styles. Thus, Volkswagen approached contact differently and wanted to make its consumer the hero, showcasing their values and mentality, and attitude & presenting the car as their preferred complimentary companion.” he further added. 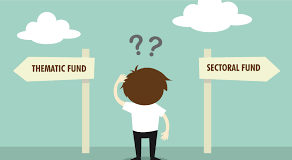