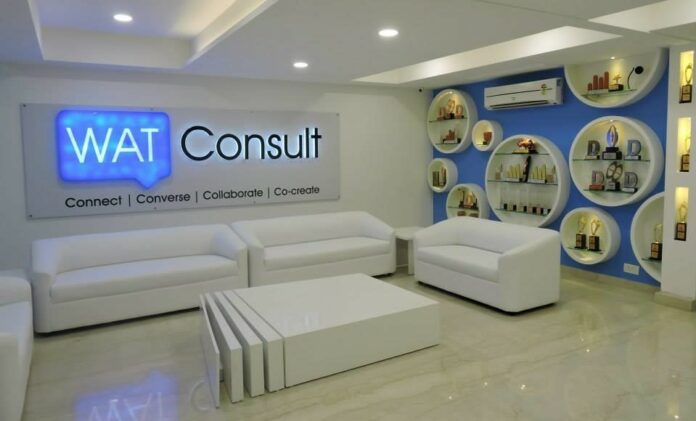 This month marks the 15th anniversary of WATConsult, an Isobar Company and the worldwide recognized hybrid digital agency from Dentsu India.

The firm has risen from the bottom of the rankings in its early years to become the unquestioned leader in the digital advertising field.

With its powerful creative campaigns and digital-first integrated services, the firm continues to make waves.WATConsult has produced a one-of-a-kind digital artwork in the shape of NFT to honour this historic milestone (Non-fungible Token).

The list, titled ‘Once a WATizen, always a WATizen,’ has almost 1500 names, including current workers and WATConsult alumni.

WATConsult is the first agency in India to design and launch its own NFT, making it a company of many firsts.

The agency will soon organize a virtual party on YouTube, where the team will debut the website and announce some amazing takeaways for WATizens, to commemorate the event and dedicate the artwork to every WATizen. Teasers for the event have already been posted on the agency’s social media accounts.

“15 years is no little effort,” Heeru Dingra, CEO of the Isobar India group, said of the voyage. She also added that WATConsult had pleasant memories of their journey and is ecstatic to be reaching this milestone. She expressed the gratitude of the company towards their employees for the good legacy they’ve left. The NFT is WATConsult’s sincere attempt to express their gratitude and appreciation to every WATizen. I hope they smile as a result of this.

“While I look back at what we have achieved in the last 15 years, I am also looking forward to the various feats we will achieve in the next 15,” Shah Shah, Managing Partner, WATConsult, said. He also added that their work had always been centered around the most creative use of digital and that they will continue to be the leader in that space by offering clients best in class creative digital work in the coming 15 as well.

WATConsult has fully lived by its idea of ‘Impact What Matters. Create What Lasts’ during the last 15 years. The firm has grown by double digits in the last year, indicating strong sales momentum. With 59 new mandates and projects obtained in 2021 alone, the business had its best year yet in terms of new customer wins.

The firm, which is known for its award-winning record in the digital area, is now focusing on winning large on a global scale.