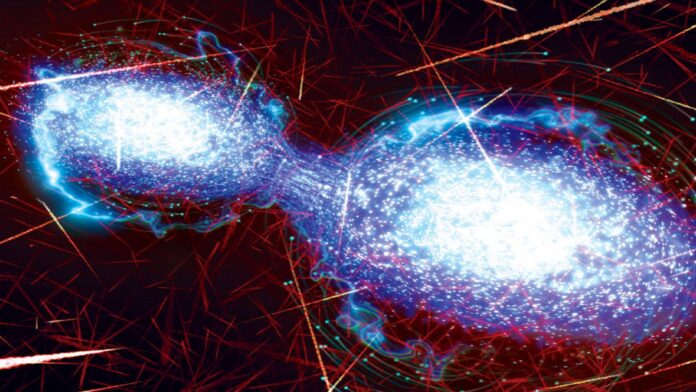 Scientists are on the way to acknowledging what might be the biggest revolution in this age. Build first fully reprogrammable quantum computer for calculations that overthrow the existing one.

Quantum computers use qubits, not binary bits, things determined to be in a range of states. Experts, harnessing power makes computers too faster than existing ones and is used to solve problems for mankind.

The new device Centre has five electrically charged atoms, trapped in a magnetic field and vibrates by laser beams targeted at them. Those laser beams used to manipulate the ions can be in more than one state simultaneously, which is the essence of quantum computing. Scientists use that manipulation that would be impossible for normal computers.

In testing, computers were able to do calculations in one step, a traditional computer would take several. Another test, complete a mathematical operation that would let it break through the kinds of highly secure encryption that is normally thought to be impossible.

Work done could be scaled up beyond the five qubits. They refer to the system as a module since it can be reprogrammed and attached to other quantum computers, used flexibly. Very few people know what their iPhone is doing at the physical level.

High-quality quantum bits with a higher level of functionality allow to be programmed and reconfigured in software. It could be a challenge to fundamental computer thinking if it works. All computers work by understanding binary information in on or off states until now although quantum computers are the combination of these two simultaneously.

By harnessing the quantum mechanics rules, particles exist in a world of possibilities rather than realities. If these particles exist inside the computer, not in one state but a lot, they stay until they are observed.

If scientifically, use qubits inside working and scaled up computers, put to some of the most perplexing tasks in the world, which have traditionally been too big or complicated for conventional computers to solve.

We are coming to the traditional computing power growth through the forms of a silicon semiconductor is now drawing to a close.