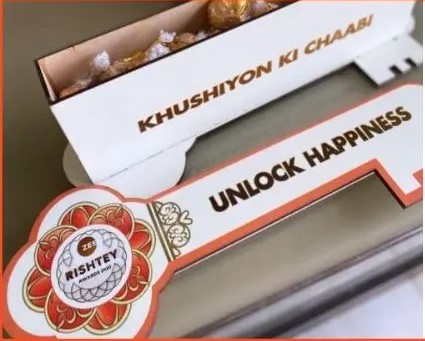 The stars of Zee Tv are trending on social media with their posts. The popular soap opera stars of Zee TV have shared selfies with the “Khushiyon Ki Chaabi” the key-shaped box of chocolates, which they received from the channel.

The stars have been posting photos of this sweet surprise they received from the channel, creating a buzz in online media, encouraging everybody to join the #KhushiyonKiChaabi campaign and to celebrate the entire year by tuning to Zee Rishtey Awards.

The pictures have turned out to be popular as fans took it over. The series of posts have certainly got the excitement through to the people. Keeping aside all the hardships of this year, the stars seem all pumped up to party from the comfort of their homes when the show airs.

Along with the stars, leading journalists across the country also received these special hampers as a token of appreciation for their hard work and devotion shown towards their profession. Certainly, the program has created a wave of excitement in the viewers and fans, a call to unlock their happiness and enjoyment, despite the challenges put in by the year 2020.

Zee Rishtey Awards 2020, expects to engage everyone and put a grin on the faces as they witness their number one Zee TV stars set up some scintillating performances and fight it out for the top awards while remembering the year passed by. Chahhat Guppta - May 27, 2022
0
Water-From-Air is a reality in India as Watergen of Israel has brought its patented technology worldwide through the SMV Jaipuria Group. An...