11 Wickets has released a series of films to create awareness around its offerings. Along with the humanlike puppet, the campaign also features his roommate, a simple guy who takes everything Pappinder says on its face value without understanding it completely. This hilarious banter between the guy’s fascination for a particular food and Pappinder’s animated outburst at this guy’s simpleton arguments draws across an analogy between the unique features of 11 Wickets, creating memorable stories.

Conceptualised and executed by Shreyansh Innovations, one of Kolkata’s leading creative ad agency, the campaign has 3 films which are live across TV and all digital channels, including social media and OTT.

Suraj Chokhani, Managing Director, Ability Games, commented on the campaign, “When the agency came up with this thought of onboarding Pappinder Singh for the campaign, we instantly liked it, because it was very fresh in the advertising domain as a whole. We believe this approach will get a lot of people talking about our brand and also our brand ambassador.”

Shreyansh Baid, Founder, Shreyansh Innovations, says, “Today advertising is dominated with the excessive use of celebrities, and the same goes when it comes to promoting fantasy league platforms as well. We wanted to move away from this clutter, and have a brand ambassador on board that people will truly relate to and remember for a long time.”

Adding to it, Debdarsan Dutta (Chief Creative Officer) and Vaishakh Jhunjhunwala (Creative Director) from Shreyansh Innovations said, “Fantasy Gaming is becoming a very huge domain with millions of players getting added every day. But what isn’t happening is the way these apps promote themselves. All of them look and sound the same when it comes to their offerings. That’s the barrier we wanted to break with a clutter-cutting campaign that doesn’t just talk about its unique features in an interesting way but also creates a high recall value for the consumers. We hope Pappinder Singh and his flatmate, are able to do exactly that.” 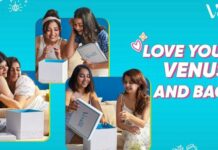 Vinaykumar Swami - August 5, 2022
0
In a world where technology helps strangers connect by chats and calls which will eliminate the quality time with family member, Kintree...

The Body Shop introduces a skincare line with Edelweiss flowers