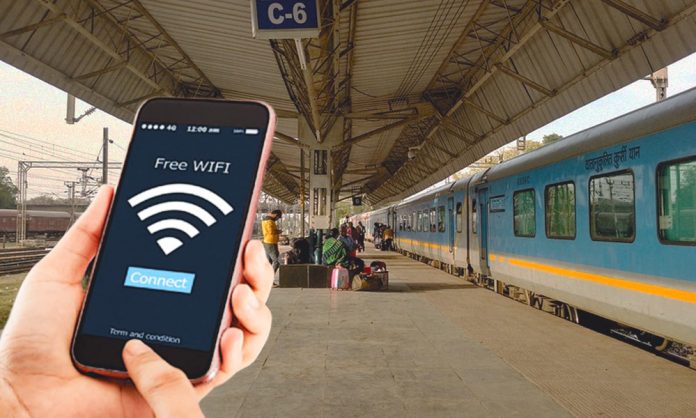 The national transporter Indian Railways commissioned Wi-Fi at its 6000th Railway station at Hazaribagh district of Jharkhand. This event can is a big feat.

Free public Wi-Fi is one of the most effective ways to connect to the world of the internet through gadgets like phones, laptops, tablets, PDAs, etc. There is no hassle of recharge, connectivity issues, and even fear of battery getting drained as Wi-Fi technology uses less battery charge during usage.

Started back in 2015, in an attempt to bridge the connectivity gap between Rural and Urban India, Railway Ministry has installed thousands of public internet points to improve logistics, boosting the economy and essential social services.

Indian Railways mentioned that it would continue to extend its Wi-Fi facility in remote stations to connect the general public and passengers with digital systems. It is a proud moment for the Piyush Goyal-led Indian Railways. Mumbai railway station was the first to get Wi-Fi services in January 2016.  The Objectives of the Modi government’s Digital India Program are met by the Wi-Fi services at railway stations. This move aims to quash the digital divide between the rural and urban citizens, thereby maximizing the digital footprint in the villages, and enhance the user experience.

Millions of locals and passengers will now be able to use various online services, such as booking a ticket if the physical counter is queued or closed, pay an essential bill, book a room, etc. with the help of a stable and speedy internet connection, which is essential to bring the population closer to digital public platforms and hence stimulating essential Indian economic sectors. The Wi-Fi facility was provided by Indian Railways with the help of a PSU which comes under the railway ministry – RailTel.

The Wi-Fi infrastructure was set up and carried out in partnership with Google, DOT, PGCIL, and Tata Trust. The Digital India initiative has helped in initializing a public-private partnership to add value to the consumer experience and economy.