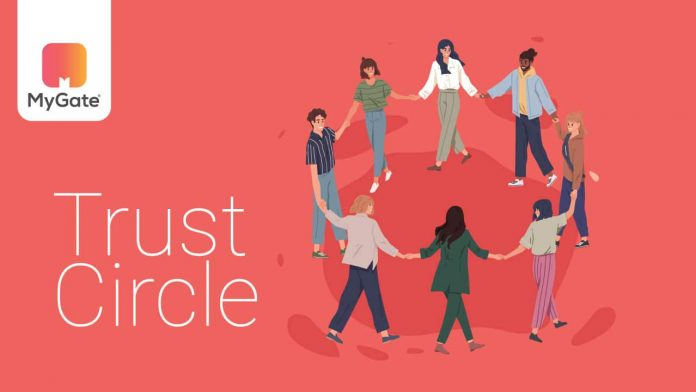 ·         Over 75% of respondents’ ‘Trust Circle’ now includes people from the neighbourhood as well;

·         81% of respondents claim that they would be more likely to depend on their neighbours as compared to pre-Covid-19 times;

Mumbai, 8th July, 2021: The manner in which communities are formed and sustained have been dramatically altered by major advances in communication technology, and the advent of social media. For close to two decades, they have helped people overcome great distances by offering a digital proximity, via likes, shares, comments or chats. Simultaneously, though, they have frequently been cited as a reason for a deterioration in neighbourhood relations, as the easy availability of information and ability to connect with friends and relatives online have left fewer opportunities and reasons to form relationships locally.

The events of the pandemic, however — the scrambling for essential items in the early part of lockdown and the organisation of local vaccination drives, to name two examples — have re-established the importance of proximity and, therefore, brought about strong changes in the neighbourhood. To understand the impact of the pandemic on people’s attitude towards their immediate surroundings, MyGate, India’s largest community application, commissioned a report, now titled ‘Trust Circle’.

The study witnessed participation from over 2,867 Indians of all ages across Tier-1 and Tier -2 cities, namely Ahmedabad, Bengaluru, Chandigarh, Chennai, Delhi, Hyderabad, Indore, Jaipur, Kochi, Kolkata, Mumbai, Pune. According to the report, while the degree or depth may differ, the emergence of neighbourhoods as a pillar of the ‘Trust Circle’ has become a national phenomenon, cutting across age groups, regions and nature of dwelling. Around 80% of respondents living in gated communities and 71% in the non-gated communities are in agreement with the statement, “My ‘Trust Circle’ has shifted to include people in my neighbourhood whom I am likely to interact with every day”.

Elaborating on the report’s findings, Mr. Vijay Arisetty, CEO & Co-founder, MyGate said, “It has been heartening to hear the many stories of neighbours coming closer together to tackle this unprecedented situation for over a year now. From this research, we can infer that these stories are not mere anomalies but the real expansion of our ‘Trust Circle’. The pandemic has re-infused the need to be-connected with one’s neighbours, with all demographics showing greater trust in members of the neighbourhood than before, be it the family next door, the local chemist or the apartment security guard.

“Through this endeavour we hope to understand the trust deficits that exist in communities and work to build bridges that can overcome these challenges.”

Illustrating the emergence of the neighbourhood as part of the ‘Trust Circle’, 81% of respondents said that they are more likely to depend on their neighbours in case they needed any urgent help as compared to pre-covid levels where their dependency was much higher on close friends and relatives. It is heartening to note that the trust and relationship built with neighbours was not just limited to the health crisis, but also reached new heights when it came to social engagement, and other regular interactions such as those related to electricity, water, maid, etc.

The emergence of Neighbourhood in the ‘Trust Circle’

Nearly 90% of all respondents agree that they needed to create a ‘Trust Circle’ that focused on real relationships to combat the stress and loneliness resulting from the isolation.

·         Nearly 38% of the respondents are confident in leaving their keys with their neighbours while going out, indicating the emergence of neighbourhoods as a strong pillar that Indians trust.

·         Though Gen Z (18 to 24 years of age) and millennials (25 to 34 years of age) do rely extensively on technology, it is the neighborhood that they often rely on in their daily life for any help or information. Even amongst Gen Z, the dependence on the neighbourhood (28%) for information or help on a daily basis is higher than the dependence on close relatives (22%) and friends (25%).

·         88% respondents mentioned that their relationship and dependence on neighbours, the local vendors and support staff (watchman, delivery boy, and maids) improved during the pandemic. Over 75% of respondents helped their support staff (security guard maid, plumber etc) with grocery, food or salary. Furthermore, nearly 73% of respondents engage with their maids beyond work, offering tea, coffee, food or even a salary of 3 months or more as loan if required.

·         Nearly 90% of all generations claim that technology has made it easier for them to address community issues in a seamless way, cutting down time and effort while bringing communities together.

·         44% of respondents would turn to technology to verify/validate the credibility of service providers such as an electrician, plumber, etc.

·         43% Gen Z claimed that even if they moved into a new neighbourhood, it would be technology that would make them feel most comfortable as compared to 40% Gen Z and 38% millennials

·         Nearly the same proportion of the respondents over 45 yrs of age  (28%) as millennials (27%) and Gen Z (27%) admit that after the Covid-19 pandemic, they would continue to use technology to stay connected with their ecosystem showcasing the acceptance of technology usage across generations.

62% of men often rely on technology and their neighbourhood for any help or information they need (compared to 40% women), while 60% of women rely on their close friends and family (compared to 38% of men).

·         Interestingly, contrary to the popular belief it is men who have formed a deeper bond with the neighbourhood than women. While only 25% of the women surveyed relied on the neighbourhood for any help or information, the men’s ratio was close to 35%.

·         Close to 49% of the men who had participated in the survey mentioned that they are ‘highly likely’ to work with neighbours to set up a joint representation to authorities in matters like water supply, waste management, sewage disposal, etc.

·         When it comes to relationship with house help, 30% of men claim they have minimal contact with their maid (compared to 20% women), in contrast, 38% of women always provide extra food for the maid and her family compared to only 30% men

The report establishes the fact that the pandemic has brought to the forefront the compassionate nature of human beings. Relationships amongst community members (gated and non-gated neighbourhoods) have strengthened significantly, with people realising or appreciating the value and importance of their support system, such as their domestic help, security guards, plumbers, electricians, and household personnel. For now, it is clear that these bonds have deepened, but as individuals and communities prepare for the resumption of normal life after the second wave, it will be interesting to see what shape this new dynamic takes.

Vaishnavy A - January 21, 2022
0
As part of its commitment to offering healthy and nutritional products to consumers, Agro Tech Foods Ltd has added yet another product to its...