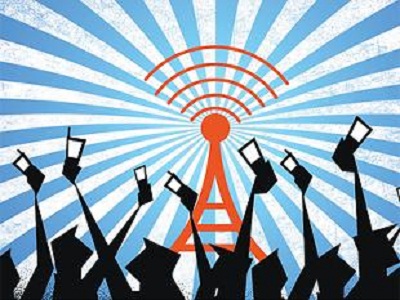 As the smartphone market is booming significantly, a slew of 4G smartphones are all set to hit the arena. The expected launch of 4G data and voice services by Reliance Jio Infocomm and the expansion of 4G services planned by Bharti Airtel are triggering handset manufacturers to come up with compatible hardware.

Already, manufacturers including Xolo, Xiaomi, Gionee, Lenovo and Microsoft Devices have forayed into the affordable 4G smartphone market segment with the launch of offerings priced between Rs 8,000 and Rs 15,000. Soon, makers including Micromax, LG, Motorola and Karbonn will be coming with 4G smartphones at these price points to strengthen the competition further.

Regarding this trend, Sunil Raina, Business Head at Xolo commented that as the operators are developing and extending their 4G networks pushing them towards customers, the availability of such devices in the affordable segment is a benefit to the manufacturer.

Reliance Jio Infocomm with its spectrum in the 2300 MHz band (TDD-LTE) inIndiais expected to launch 4G services in phases from March 2015 and Airtel that already has its services in 15 cities is in the process of expanding its 4G presence across the country.

Notably, handsets supporting both TDD-LTE and FDD-LTE are available from top notch players and they are priced expensively. However, those devices in the affordable market segment support only TDD-LTE. Now, Qualcomm and MediaTek are coming up with chipsets that are targeted towards the mid range 4G smarphones and this will pave way to the wider adoption of 4G in the country, claim experts.

Tarun Pathak, senior analyst at Counterpoint Research added that 4G is an option that differentiates a smartphone from another and it is the right time to position the brand in the affordable 4G market segment as the competition is pretty less. He added that the affordability will help in driving the sales of 4G smartphones. Also, he claimed that the adoption will depend largely on the pricing of plans offered by Reliance Jio. Notably, Airtel is providing 4G services for prices less than 3G rates to drive higher consumption.

Lionel Norvin Nestor - July 28, 2021
0
Shuttl introduced a new generation of booking buses via their app when the general mass was sick and tired of waiting for...