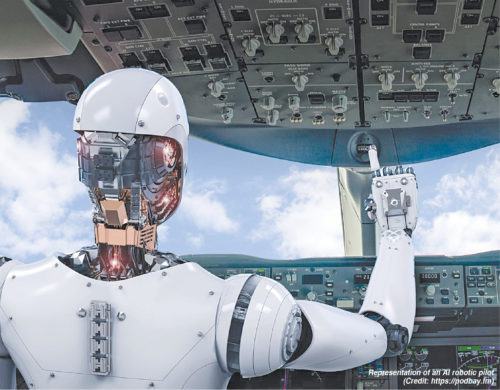 DARPA’s Alpha Dogfight trials have officially come to a close with Heron System’s extraordinary artificial intelligence pilot system winning over not only its industry competitors but going on to achieving 5 straight triumphs against an extremely trained U.S Air Force F-16 pilot, without the human pilot scoring a single hit.

Eight powerful teams were selected to develop artificial intelligence “agents” that would be competent to replicate a real dogfight between fighters, referred to as within-visual-range air combat maneuvering, more precisely. In the first two rounds of the competition, the virtual pilots were asked to simulate combat environments in November and again in January. The third round of AI dog fighting included similar competitions, with the four finalists, all prepared to fight against each other. The team Heron Systems emerged as the winner, taking on a real human fighter pilot in another simulated fight. Heron brought an extraordinary change with its artificial intelligence system eventually securing the AI championship by beating Lockheed Martin’s AI system. Heron continuously proved to have the most accurate targeting apparatus of any AI agent, as it distracted the opponents with the laser-accurate gun strikes frequently in the first merge of the fight. This exceptional aiming capability was very much evident when squaring off against the U.S Air Force F-16 pilot representing humanity in this battle for what some consider to be the future of aviation.

Heron’s AI system revived the first four wins against Banger (U.S Air Force F-16 pilot) in quick succession, dominating its incredibly accurate aiming sabotage Banger’s aircraft in a series of looping merges. In the fifth and final round, Banger changed his strategy, but the new strategy only seemed to delay the inevitable, with Heron managing to kill Banger’s F-16 once again, without the human pilot managing to get a single shot on target. According to Heron, their AI agent gave equal emphasis on damaging the opponent and minimizing its own risk. DARPA is not only planning to elevate drone aircraft systems but also to increase the level of trust between human pilots and AI systems.  These same kinds of artificial pilots will likely be flying alongside humans, and other similar systems will fly along with them in the cockpit of their aircraft, in the future.

Externalizing some tasks to highly potential AI helps the pilots to focus on more of their bandwidth on situational awareness and the task at hand.  The current AI agent used to them to secure this victory could be altered to prioritize its safety to a higher degree, which might make pilots a bit more comfortable with its perspective to combat. Banger was flying in an imitated environment using a VR headset, which does not calculate that well to a real fight in the real sky and gives their computer pilot quick awareness of its surroundings. Banger’s final round against Heron’s AI saw him executing several 9G maneuvers that would have taken a significant toll on the human pilot.

The Cannes Lions victory for Mondelez is clearly not a passing...

Windfall tax by the government to impact oil and gas companies

Hero MotoCorp to raise prices of two-wheelers from today