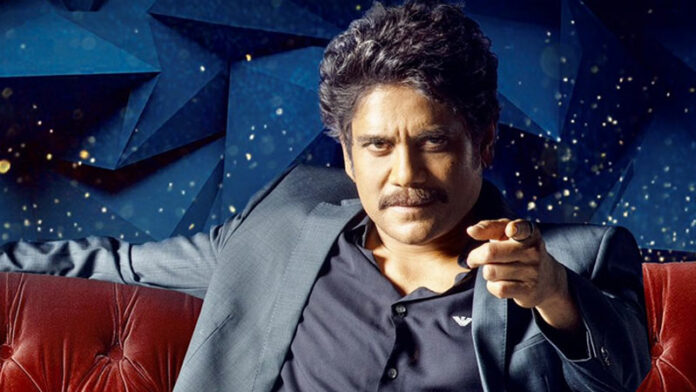 Every year the passion amongst fans for the next season of Bigg Boss Telugu starts right from the pinnacle night of the previous edition. Keeping this in perception, the communication campaign for this year has been insinuating at bringing back the entertainment computation in the lives of the fandom who have been praying for the show to return since the end of the last season.

South superstar ‘Akkineni Nagarjuna’ is returning as the host for the Bigg Boss Telugu Season fifth. The magnificent premiere of the show will be broadcast on September 5 and Nagarjuna will introduce the contestants of the new season. The 62-year-old Telugu actor has been hosting the reality show, Bigg Boss Telugu, for three years now.

Nagarjuna increases his fees from Last Season to Host the Reality Show, Bigg Boss Telugu. His earning is increasing by each passing season. According to the sources, he was receiving Rs 12 lakh per episode during season three of Bigg Boss Telugu.

When season 4 came, Nagarjuna was paid Rs 8 crore for all the episodes, and therefore the salary was more than what It was in the previous season (season 3).

If the sources are to be believed, the 62-year-old Telugu actor, Nagarjuna will be getting around Rs 11-13 crore for all the episodes combined this year. It is a substantial lift in his salary as compared to the last season of Bigg Boss Telugu.

Talking about the show, season 5 has brought contestants like actors Uma Devi, Nikhil, Lahari Shari, and Anchor Ravi and Choreographers like- Anee Master and Raghu Master also will enter the Bigg Boss house this season.

And the timing for the weekend episodes has been kept the same, at 9:00 pm when Nagarjuna will host the show. Viewers can watch the show on Disney+Hotstar also.

Don’t forget to watch the grand premiere of Big Boss Telugu on Star Maa hosted by Nagarjuna on 5th September at 6 pm. It is followed by 15 weeks of entertainment and drama from the Bigg Boss house at 9 pm on weekends and 10 pm on weekdays.