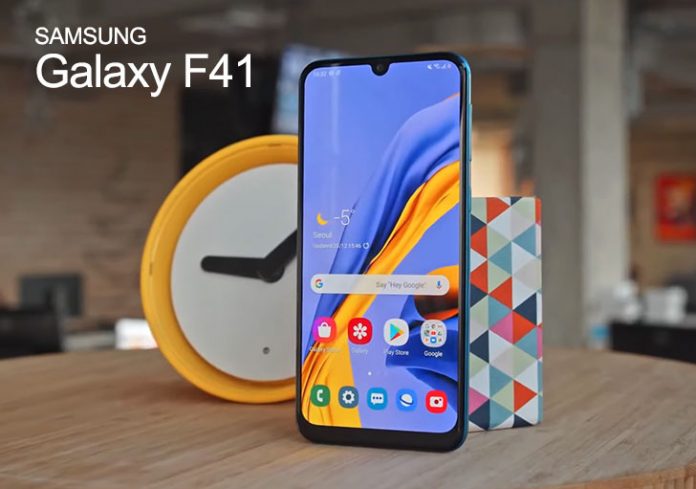 The new F-series in the Galaxy line of smartphones was revealed by Samsung recently. Not only has the company verified the presence of the latest smartphone series, but also has promised its launch in India soon, announcing through their official Twitter account. “The latest #GalaxyF will certainly leave an impression on you,” as per the tweet posted by Samsung.

Although Samsung was quiet about any details regarding the upcoming Galaxy F Series, the details and even some design features of the new Galaxy F41 have been disclosed in a report by Gsmarena.

In terms of specifications, the F41 schematics indicate that a triple camera setup and a fingerprint sensor will house the back panel. There is an ultrawide lens separate from the main sensor. The existence of the third lens isn’t yet understood, though.

The study indicates that the Galaxy F41 arrives with an Exynos 9611 chipset coupled with 6 GB of RAM. It is not yet known whether Samsung will put the new F-series under the famous M-series or whether the two sets will overlap one another.

The Galaxy M51 sports a quad-camera setup consists of Sony IMX 682 64MP main sensor. On the Galaxy M51, the 12MP Ultra-Wide lens has an angle of vision of 123 degrees. The phone has a 5MP macro lens as well. For portrait images, the fourth lens is a 5MP depth sensor.

Samsung has included a 32MP camera on the edge, which enables 4 K video recording and slow-mo selfies as well.