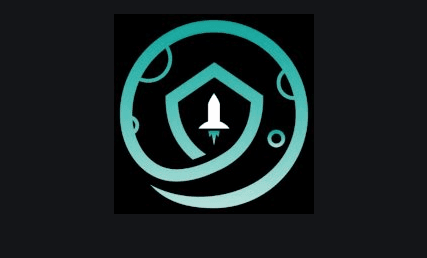 SafeMoon is the cryptocurrency that has seen a spike in prices since the Launch. Crypto is not a strange concept anymore, especially Nowadays when investors are going crazy over these digital currencies. The crypto market is very risky and we know it. The latest surge in costs and sudden decline is evidence for this claim. There are several cryptocurrencies available. The new eye grabbers have been Ethereum, StopElon, Dogecoin, and Bitcoin. The crypto world has many other currencies, SafeMoon. It is a brand new addition the new crypto is widely getting observed. Launched in March 2021, SafeMoon is doing the everywhere on the internet now.

The SafeMoon expands its name to “safely to the Moon” and sells itself as a Defi token. SafeMoon was launched in March 2021 finance taken that is similar to other cryptos like Bitcoin and aims to fix the price volatility issues, not like other currencies.

According to Coin Market Cap, the a market cap is of US $ 2.2 billion. Digital currency has experienced a consistent boom in its prices since its introduction in the marketplace.

SafeMoon exists on the blockchain and does not leverage any financial institutions or exchanges as intermediaries. It aims to promote peer-to-peer and has a total supply of one quadrillion coins per the whitepaper released. Their fair launch supply was 777 trillion tokens 223 trillion is the amount of Burned Dev Tokens.

How Does it work?

SafeMoon is a protocol in which they discourage day trading of their coins to fix the price volatility issue.It announced the profitable process for the long-term holders of the tokens.

Safe moon protocol is put in place to limit the selling of the tokens and instead encourage its holdings. The process will make the investors think before they sell the coins, it gives added benefit to the existing coin owners. This technique aims to reduce the sudden declines caused by the sale of cryptos that result in fluctuating prices and market collapse.

The website of SafeMoon official says Holders earn passive rewards through static reflection as they watch their balance of SafeMoon grow indefinitely. The rewards make this cryptocurrency unique from others by RFI.

How to buy SafeMoon?

The official website lists Pancakeswap because the first step exchange to buy the tokens. The first step is to create a trusted wallet. Next, one has to convert BNB to chain via the trust wallet and add SafeMoon. Use Pancakeswap to convert Binance Chain to SafeMoon. After swapping the transaction, the wallet can have SafeMoon.

SafeMoon does not escape from the eyes of suspicion, it has dismissed those skeptics and has mentioned its clear roadmap for the year. The aims to integrate SafeMoon with African Markets, explore other exchanges like Binance, and even start its alternate.

Author - January 11, 2022
0
ICAI has requested that penalty and alternative consequences ought to be waived for filing tax audit reports and alternative reports/certificates for AY...

Hungama Artist Aloud and DeadAnt have partnered for Hungama play