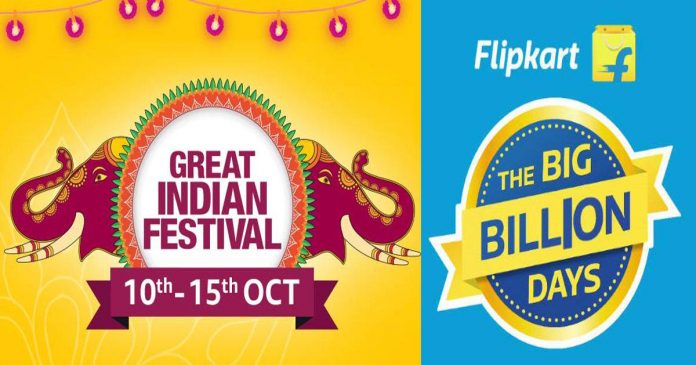 The festive season is always a prosperous and auspicious time for India. It is the time when e-commerce giants launched their grand sales of the year including the Big Billion Days by Flipkart, The Great Indian Festival by Amazon, and the Big Fashion Festival by Myntra.

During this year, even in the scenario of the covid 19 pandemic, the pre season sale held in October entertained more consumers than the past years. Over the last seven days event (  October 16-22), Myntra registered around 105 percent growth in new customers and over 106 percent rise in traffic on the platform. The company order has increased twice the order of the previous edition, tells Ayyappa Rajgopal, head of business Myntra.

The company also saw 180 percent growth in new customers from non-emerging metro cities ( tier II and III cities). The festive season had continued to draw a significant portion of shoppers to the ethnic section as its demand doubled during the  Big Fashion Festival compared to the last edition. A remarkable 130 percent growth was seen in the kid’s wear over the previous edition. Beauty and personal care products continued its eye-catching run with 72 percent growth. Men’s jeans and streetwear, women’s western wear, ethnic wears, and kurtas were the highest sold products.Mr. Rajagopal also states that Banglore brought the most number of mask while Delhi brought the most number of sanitizer.

Mr. Manish Tiwary, Vice President, Amazon India, shares that the Great Indian Festival by Amazon held from October 17-22 was the biggest ever opening for their sellers and brand partners, bringing delight to it all customers across the country. There was an increase of about 91 percent of new customers. Smartphones, large appliance and consumer electronics,  trending brands like Samsung, Apple, oneplus, and Xiaomi registered record sales.new products like smartphones, fashion, and consumables received a rousing response. Electronic products and work from home essentials were in great demand in the festive season.

Tiwary stated that the total I phone sold on amazon in 1 day was more than that sold in the entire festive sale period of last year. Over  1.1 lakh sellers received orders mainly from tier II and III cities.

Passionate In Marketing - November 25, 2020
0
As part of this mandate, the agency will manage Digital Marketing and Social media strategy, Influencer management and Content Planning for Hindware...

The growth of micro-influencer marketing

TDS deduction on every cash withdrawal from PNB