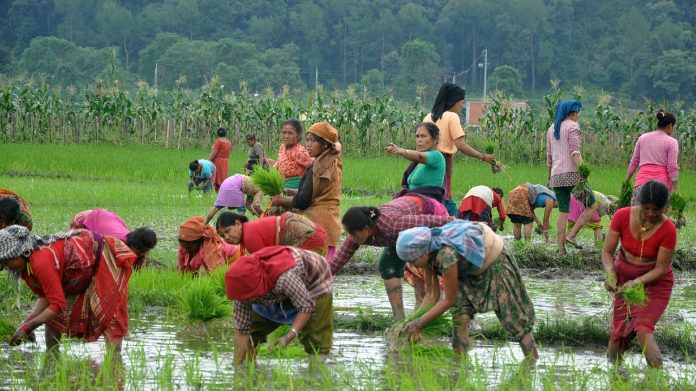 In India, where wholesale inflation (WPI) has been rising for the previous five months, inflationary pressures are increasing. The impact has been apparent in rising commodity prices for a few months now. While the RBI is expected to look at supply-side inflation and government supply-side policies, Barclays recently noted in its monsoon report that the monsoon can help balance this impounding pressure on prices in the medium term.

“A favourable monsoon that boosts farm output might help keep pricing pressures in check,” according to Barclays. However, due to low rainfall levels, several areas are suffering a monsoon dry spell. Rainfall has been below normal over the previous 20 days, according to the research. Monsoon rains are expected to begin in the second week of July and persist in a normal range for the rest of the month, according to the Indian Meteorological Department (IMD). The total rainfall is 8% lower than typical at this period.

The effects of the dry season may be seen in Kharif crop planting. According to Barclays, “monsoon performance in July-August is critical since it has a significant influence on sowing and agricultural production for the year.” However, many farmers are postponing sowing the Kharif (summer) crop this season due to the delayed monsoon. State governments, according to the paper, have also urged farmers to do so. According to Pushpendra Singh, President of Kisan Shakti Sangh, the delayed monsoon has also impacted agricultural sowing this year. 50 crore hectares had been planted as of today, whereas more than 56 crore hectares had been utilised for sowing by this time last year. Farmers had anticipated for a monsoon recovery, but by mid-July, there had been little rain in the northern parts of the country.

In areas where rain is scarce, farmers would have to rely on groundwater as a resource, which will raise their input costs and profitability, according to Singh. To be sure, the monsoon is critical for water storage levels in reservoirs. As of July 7, storage in 130 main reservoirs was at 31% of overall capacity, according to Barclays. “This is 93 percent of last year’s available capacity and 126 percent of the 10-year average for this time of year.” Meanwhile, cotton, coarse cereals, and oilseeds planting patterns are still slow, with year-on-year decreases of 10%, 15%, and 10%, respectively.