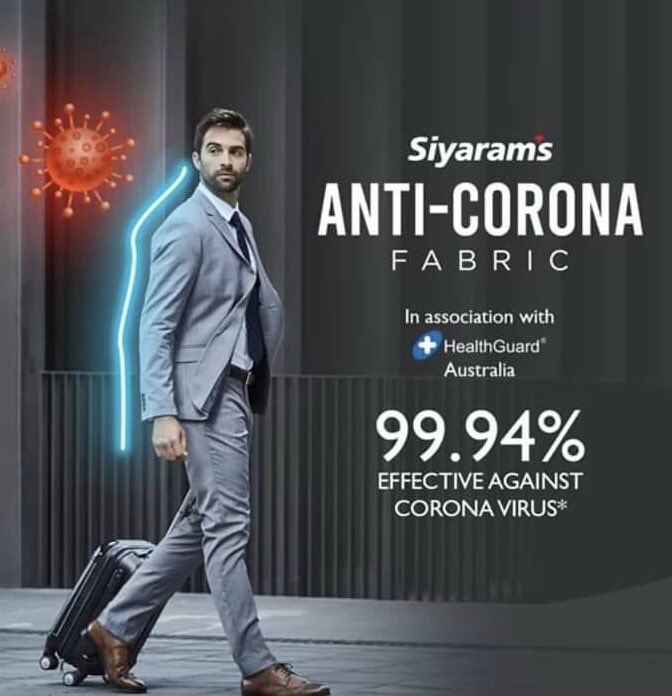 Advertising Standards Council of India (ASCI) to take bold actions against certain brands, demanding them to prove the claims with facts or withdraw the ads to improve immunity and alter packaging amidst the global Covid-19 pandemic. ASCI to employ control on companies, that claim to enhance immunity in Covid-19 ad campaigns.

From anti-corona shirts and mattresses to immunity improving bread and biryani, many products and their brands have tried to cash in, the fears connected with coronavirus. The Industry guard dog, ASCI has been cracking the whip on the ads that use “immunity building” motion for their products. Such ads are declined by users on ASCI’s official social media platforms, website, and WhatsApp.

After considering that the matter that continued publishing of such ads was against public interest and it could even cause public harm, the guard dog has started imposing the “suspension pending investigation (SPI)” option, said the ASCI secretary-general Shweta Purandare. “We have witnessed a rise in the number of cases that we had to look into through SPI, as some advertisers and brands are pushing the envelope by making irrelevant or tasteless claims,” added Shweta.

SPI was done on a length of products, from an anti-corona tulsi drops and mattress to cover claiming it can protect people from coronavirus. There has been a range of applications across many sectors that have come under the microscope. These include COVID-19 prophylactic medicines, beverages, and food promising an immunity boost. ASCI has been asked by the Ministry of AYUSH to alert it about such misleading advertisements.

Since April, the regulations have watched on more than 400 advertisements through its suo motu surveillance, especially on digital and social media platforms such as the websites of advertisers, Instagram, YouTube, and Facebook.

The hand sanitizer packaging of hygiene brand Lifebuoy owned by Hindustan Unilever, which demands to have an immunity-boosting effect over Coronavirus, has been called out by the consumers on social media platforms. ASCI has thus declined it to the company, which clarified its demand, saying its product formulation and affirmations are based on strong scientific evidence.

ASCI has scrapped textile company Siyaram’s and Zodiac Clothing Co. Ltd’s for their claims in the ads encouraging antiCorona fabric and shirts. ASCI is also actively working with other industry regulators such as the Food Safety and Standards Authority of India, identifying and marking out misleading claims by dairy and restaurant, food and beverage businesses.

Of late, after ASCI marked an immunity-boosting claim by a bread brand called Modern Foods on its packaging, the company had to remove the product. ASCI has also joined FSSAI to check a claim made by a restaurant chain the ‘Biryani Blues’ about its immunity-boosting impact of turmeric in its flagship dish in a print ad.

admin - April 15, 2021
0
Mumbai Indian's captain Rohit Sharma, who was spotted wearing spikes with “Save the Rhinos” art in the very first match of IPL...