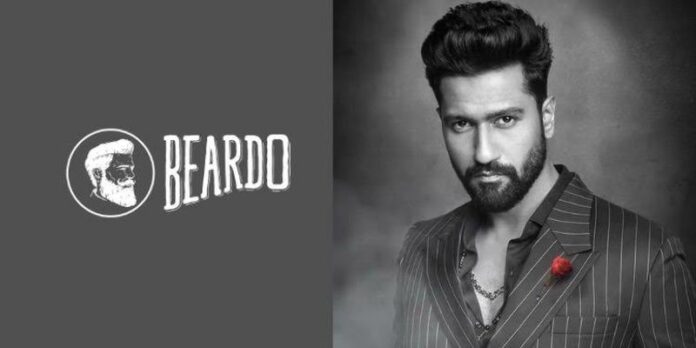 The renowned men’s grooming company Beardo has today announced that the charming Vicky Kaushal has been appointed as an ambassador for their line of scents. Vicky Kaushal demonstrates flawlessly that it is possible to own one’s raw and rugged masculine charm with the utmost refinement by simply being Vicky Kaushal, according to Beardo, who celebrates authentic masculinity in all its beauty.

Vicky and Kat’s impromptu jokes about Hrithik‘s facial hair set the path for the ideal alliance, giving Beardo and Vicky’s fans a lot to anticipate.

Vicky and Kat’s impromptu jokes about Hrithik’s beard-like appearance opened the door for the ideal alliance, providing Beardo and Vicky’s supporters with a lot to anticipate.

Vicky Kaushal said of the collaboration, “BEARDO’s most recent campaign feels like it was specially chosen for me.

I can identify with the idea of being well-groomed but tough. In my opinion, a man’s choice of cologne or perfume is an extension of his distinctive personal style. I prefer mine to be sophisticated yet unmistakably manly, which Beardo’s assortment of scents excels at achieving. I’m genuinely eager to discuss what we’ve been working on.

Sujot Malhotra, CEO of Beardo, added to what was previously stated.

Every aspect of masculinity that helps make men the best versions of themselves should be celebrated, according to Beardo. We support them on this journey in a variety of ways, one of which is by making sure they look and smell enticing. We believe Vicky is the ideal candidate to encourage men on our behalf to be Raw, Real & Unfiltered, or, to put it another way, the best version of themselves, given his sophisticated ruggedness and the principles that the brand advocates for with #HairyMasculinity.

Sujot Malhotra, CEO of Beardo, further elaborated, saying, “Beardo believes in honouring every aspect of masculinity that contributes to making men the best versions of themselves.

Helping them look and smell enticing is only one of the many ways we support them on this journey.

Vicky is the ideal candidate, in our opinion, to encourage men to be Raw, Real & Unfiltered—the best versions of themselves—given his sophisticated ruggedness and the principles that the company upholds with #HairyMasculinity.