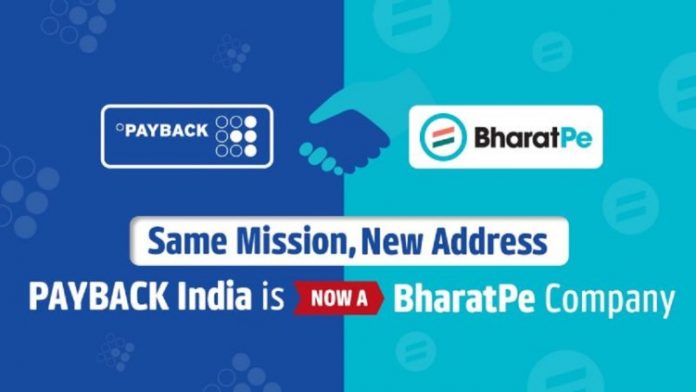 India’s leading financial services company for merchants BharatPe announced the acquisition of PAYBACK India from American Express and ICICI Investments Strategic. Is it the first time in India, the value of the acquisition remains undisclosed? This is the first-time acquisition by a digital payments app.

Payback is India’s largest multi-brand loyalty program that started operations in 2010, with 100+ online and offline partners. The main objective of this loyalty program is to earn and redeem points on every shopping through Payback. That app is now acquired by Bharatpe to expand their business in India.

While Payback India is likely to retain its brand and function as an impartial entity, all employees from Payback will become part of BharatPe Company. General Counsel Sumeet along with Singh Suhail Sameer and Gautam Kaushik, group presidents at BharatPe, has joined the Board of Payback India, according to the acquisition.

After the acquisition Payback will become a wholly-owned subsidiary of BharatPe and will remain to offer its all services to existing customers throughout India. PAYBACK allows customers to earn and redeem points while shopping online or offline.

The acquisition will aid BharatPe to increase customer engagement on its platform and allow its 6Million merchants to roll out loyalty services to customers. They aim to empower offline and online merchants with the ability to offer extra rewards, coupons, or cash back to customers to drive customer engagement and sales. Thus, enabling the Bharatpe to attract more merchants to its roster and the move fits into BharatPe expansion stratagem of increasing its merchant base to over 20 million by 2023

BharatPe offers a single QR Code for merchants to receive all payment apps such as Google Pay, PhonePe, BHIM, Paytm, and 150+ UPI apps. Presently Bharatpe operating across 100+ cities in India, BharatPe merchant payments app processes over 10 crore UPI transactions per month that are valued to an annual transaction value of over $10 billion.

Markus Knorr, the chief financial officer of Payback Global, said “It was our top priority to ensure that for the members of the successful Payback India program there would be no changes and that the great customer experience would also be maintained. “Users can collect points while shopping offline and online and benefit from exclusive offers in the usual way, now at even more merchants with BharatPe.”

Affordable and Sustainable Handwashing in 3 easy steps with Savlon Powder...