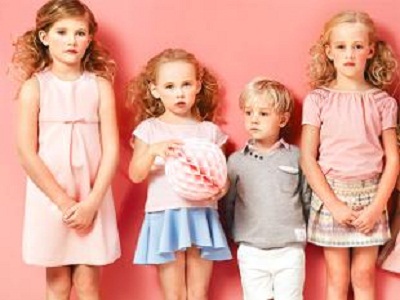 In November 2015, Poney, the Malaysian kidswear brand opened its very first store in India in the posh GK market of New Delhi. The idea of the brand was to test the waters in the country. However, in just three months, Poney has grown to a great extent that it is to launch two more stores. The brand is in talks with the one of the popular online retailers to create an exclusive collection and it plans to open 25 more stores and have almost 100 multi-brand counters in the next five years.

A partner at Kay Kay Clothing that is the master franchisee for the Poney brand in India, Rajat Kapoor, stated that this is the best time for the brand to foray into the country. He added that they are thrilled to open more outlets in the country.

Even before a decade, the country’s most branded kids apparel brands also struggled a lot despite starting with a bang. He stated that the absence of the brands is the major opportunity. Their fundamentals are strong and they are focused on the quality, affordable pricing, and comfortable styling, he added.

He is not the only one to crack the Indian market. In the last few months, many Indian as well as foreign brands have debuted their operations in the country to make a presence in the $10 billion kidswear market that is growing almost at 10 percent compounded yearly rate. The market is estimated to reach $22 billion in the year 2023 as per the retail consultancy firm Technopak Advisors.

In addition to Poney, The Children’s Place, the largest American brand of children’s apparel and accessories also entered the country in August 2015. The US kidswear brand Carter’s was brought to India by Mahindra Retail in the last month.

Harish Bijoor, a brand strategist stated that India is right now on a brand binge, especially in the kidswear market segment. With the exposure to the global fashion brands among both parents and kids, the trend is growing to boom.

Passionate In Marketing - June 28, 2020
0
The COVID-19 pandemic has put most of the industries into a standstill. Against this backdrop, the media industry, especially OTT platforms and digital publishers are...