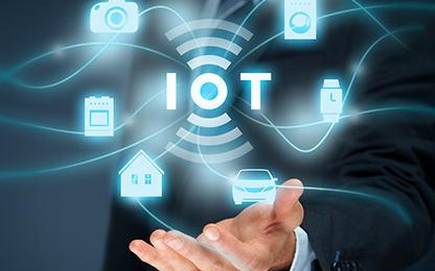 Bluesemi which is a startup that has mainly engaged in building IoT devices has developed ‘SENS’ which is a contactless and wireless canner that uses artificial intelligence for detecting the body temperature.

Sunil Kumar Maddikatla who is the chief executive and founder of Bluesemi stated that this can be installed at the entrance from it can automatically detect the body temperature of a person within a 15cm distance and also provide the reading with 3 to 5 seconds. Also, it is better than the hand-held thermal scanner and it helps to reduce the risk of any frontline workers since the security personal that are mandated with checking the body temperature of the employees can now switch the device while sitting remotely through the mobile app and can also be alerted when a person is outside the monitoring range.

Also, the frontline workers need not stand within a touching distance for taking the readings of the person.The sensors are designed in such a way that it can accurately measure the individual’s temperature and also records this information in a digital specialized apps which can be downloaded on the individuals mobile or can also be integrated into the company’s healthcare system or security.

Bluesemi company has also filed a patent for installing 400 devices in the pilot phase not only in India also but across the borders. Also, the response has been phenomenal especially in the railways, central and state government offices, and large corporates, etc. Also, Maddikatla said that the company is expecting to install 10,000 devices in India alone by December. The present order booked is 2450 SENS by October and they have sought two weeks’ lead time for the entire volume orders.

Also, the company has developed two more devices such as Bluesemi’s EON which is a pioneer in zero-power IoT technology for harvesting energy from the power automobiles and also from other smart devices. Bluesemi SecureOne which is anti-counterfeiting solutions that are used to protect premier products from imitations.

Mokshith C R - July 1, 2022
0
Positive global indications helped the Indian stock market close higher on Friday for the day and the week, although lower than usual...

Hyphen partners with Scaler to build a first-of-its-kind Learning Community –...