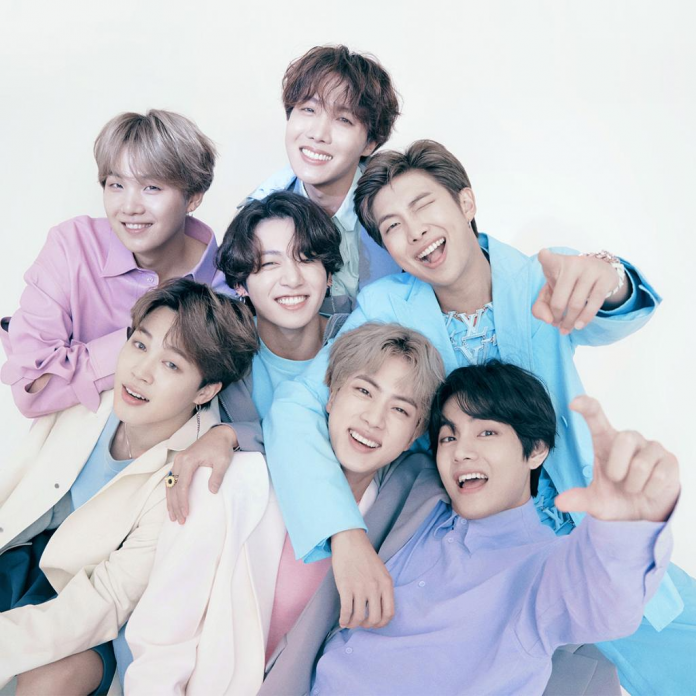 BTS (Bangtan Boys) have been active since 2013 and is the biggest K-pop group in the world today. The megahit “Dynamite” earned the group’s first Grammy nomination. The group’s latest hit singles like “Dynamite” and “Life Goes On” have also topped the Billboard Hot 100 chart.

Louis Vuitton joined hands with the septet who will serve as Global House Ambassadors for the French label. The official post from the French fashion giant read, “Joining as new House Ambassadors, the world-renowned Pop Icons @bts_bighit are recognized for their uplifting messages that impart a positive influence.”

Additionally, Louis Vuitton also welcomed the members’ RM, Jin, SUGA, j-hope, Jimin, V and Jung Kook to the Louis Vuitton family, and commemorated this by sharing an image of the group huddled up together as they posed for the shoot wearing fashionable and tasteful clothing. Solo outtakes from the shoot were also released on the luxury brand’s handle.

BTS ambassadorship with the luxury designer house will be active for about 18 months. BTS had already hinted about the upcoming partnership by dressing up in custom Louis Vuitton suits at the 63rd Grammy Awards, held in Los Angeles last month.

Louis Vuitton men’s artistic director Virgil Abloh also expressed his eagerness to work with the group on collections merging luxury and contemporary culture. The team also talked through the creative visions and ideas for the brand.

The band will collaborate on a series of special projects and will don custom Louis Vuitton outfits in future performances and appearances. Outfits they wore for the Louis Vuitton Men’s Fall-Winter Fashion Show in January also sold out in more than 16 countries, including South Korea, Japan, Italy, France and Australia.

Louis Vuitton’s womenswear is also well known, and film actress Bae Doona has been working as the ambassador since 2014.

The group was also recently in news for teaming up with fast-food chain McDonald’s for a new celebrity meal.

Looking forward to the partnership with Louis Vuitton, BTS said in a statement, “Becoming global brand ambassadors for Louis Vuitton is a truly exciting moment for us.”