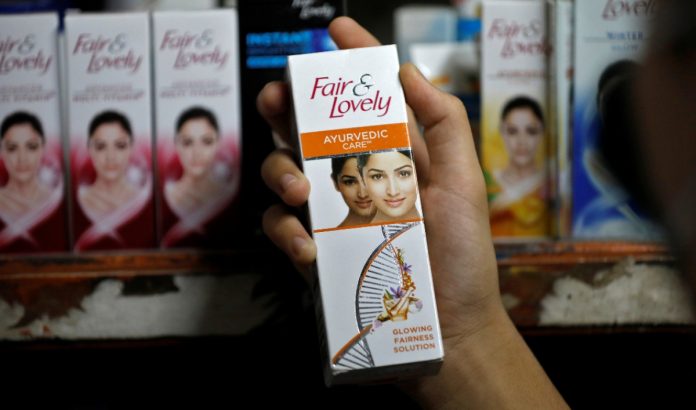 With the rise of Black Lives Matter (BLM), social media was fired up with the general mass calling out cosmetics brands for catering a bias based on skin color. As a follow-up, Johnson & Johnson said that it will not be perpetrating its skin lightening creams Neutrogena Fine Fairness and Clear Fairness by Clean & Clear. Following this, HUL has also joined the trend. But, it is only chucking the brand name.

For many years, HUL’s Fair & Lovely has made a name for being a skin-lightening cream. Undoubtedly, there are numerous other players in the market, but Fair & Lovely faced a lot of backlash on social media for its feeble choice of brand name and spreading unrealistic beauty standards, and mainstreaming skin tones via advertisements.

HUL stated on their website that Fair & Lovely has never been, is not, and will not be, a skin bleaching product. Following this, HUL said about the old racist ads that they are aware of their old stock of advertisements being available on the internet. However, they said that these ads are not positioned with the current values of the brand. In addition, they said that they have evolved from all sorts of shade guides indicating transformation and progressed from all propagation of benefits that mean glow, skin clarity, radiance, and even tone.

Many experts on the scene all said something along the lines that this is a positive move. Although it is long overdue, it should be welcomed. That does look like a reactive step; a big step ahead in the right direction.

However, other experts beg to differ as well. They commented that this is just an eyewash and a complete ban on skin-tone-focused products is necessary. They also added that this is not empowerment but exploitation. HUL caused the damage of promising young Indian girls insecure about their skin tone by promising their dreams to come through by whitening. The damage caused for almost five decades is too deep to be healed by just a change in name.

Karthik Srinivasan, Independent Brand Consultant, and Social Media Expert joked that it will not just be called ‘And Lovely’. He also added that HUL should put all the efforts again in rebuilding their foundation of brand image.

Whatever the “promises” HUL states, are they not just selling old wine in a new bottle? Will they be able to undo the damage and redo their foundation to regain consumer trust?

Nitin Pillai - September 15, 2021
0
Ethereum improvement devices are probably the most ideal alternative to foster dApps or keen agreements. The advancement of keen agreements or apps...