Gold medal Electricals, an electrical manufacturing company, has launched an advertising campaign with brand ambassador Mohanlal. The campaign includes Mohanlal in a series of television advertisements with Gold medal’s numerous products in various sectors. Honey Rose also appears in the campaign, with each ad set in a contemporary scenario with both actors Mohanlal and Honey Rose portraying characters.

TVC Factory has developed an ingenious and sophisticated ad campaign that underlines the importance of gold-medal products in daily life. The ad campaign conveys the ease of use and the wide range of products that the Gold medal offers and the unique features of these products to Mohanlal as its brand ambassador. Vivek and Sijoy Varghese directed the ad campaign and are now on Malayalam’s leading TV and digital channels. The campaign also has been amplified by the state’s large publications and print media presence.

“Gold medal electricals are very popular in India, but we’re trying to expand our base on the Kerala market by entering South India more deeply,” says Kishan Jain, Managing Director of Gold medal electricals. Through this ad campaign, we aim to make a household name in Kerala with our wise product portfolio, with our brand ambassador Mohanlal and popular actress Honey Rose. Megastar Mohanlal has strong response from his massive appeal to our brand ethos and is most appropriate for transferring the USP brand to our target population.”

The 30-second, 20-second, and 10-second TV commercials are part of a three-part marketing campaign. The iTouch Wi-Fi switch, the i-Feel RF switch, the iTouch Wi-Fi Drape controller, and the i-Wave switch are among the smart switches featured in the TVC. The i-TV Dock’s commercial promotes the smart music home entertainment system, which can also charge your smartphone while playing music. The third segment emphasizes Gold medal Electricals’ ability to make fire-resistant wires. Overall, the advertisement conveys how gold medal goods are meticulously developed to ensure that using them is enjoyable and requires no technical knowledge. Mohanlal, a contemporary actor, is well-known for his diverse filmography and is regarded as one of the country’s most versatile performers. He has a strong base of fans throughout urban and rural markets. As the brand in the industry has been for 40 years and has become synonymous with quality and innovation in the industry, Gold medal Electricals resonates with Mohanlal’s personality which only has grown in popularity over time and has become the beloved hero of Malayalam Cinema. 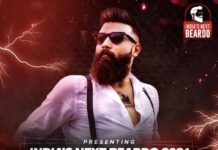 Abiya Biju Thomas - September 17, 2021
0
Do not you feel that paying bills and purchasing things have become easier on digital platforms? Something has reshaped traditional methods.