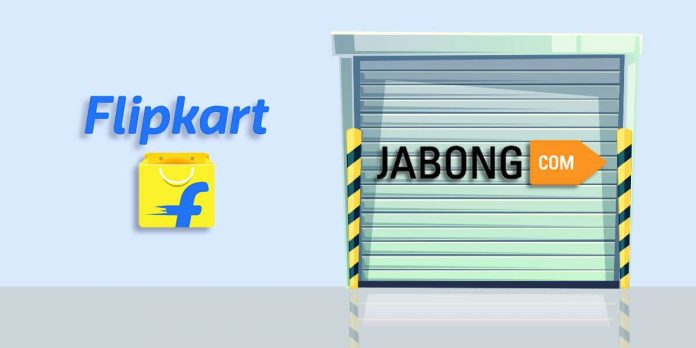 Years after being acquired for $70 million, Walmart-owned Flipkart has shut down Jabong. Anyone attempting to access Jabong’s website is now being redirected to the fellow fashion portal Myntra, again owned by Flipkart.

Now that Jabong has officially shut down, Flipkart will keep looking to consolidate its fashion department via Myntra and its fashion branch Flipkart Fashion.

Jabong was founded in 2012, and one of its founders, Manu Kumar Jain, now heads Xiaomi in India. In 2014, Jabong did very well for itself because it accounted for a 25% market share in India’s fashion e-commerce sector and was tied neck-to-neck with Myntra. During this time, there was a rumor that Amazon was to buy the company for a whopping $700 million. At the time, Jabong’s largest investor used to be a German firm called Rocket Internet, which was infamous for replicating successful start-up models in and around the globe, where they did not exist.

However, in 2014, Flipkart acquired Myntra, and this suddenly offered Myntra the much-needed financial power to run its products and services. In the period, Jabong was running through a torrid time when most of its senior management started quitting.

It also did not help that the German company was going through a rough time in India, where it faced allegations regarding mismanagement at its other company Foodpanda, and its other portfolio company, Fab Furnish, was not at its best at all either.

Finally, in 2016, when Jabong reached the brink of wrapping up everything, Rocket Internet sold it for a scanty $70 million to Flipkart, just a fraction of the $700 million valuation that Jabong had once nearly demanded. As Flipkart started its reign over Jabong, Jabong had fired almost 200 employees and resumed operating as a separate brand.

Managing three different fashion arms under the same company might have been cumbersome for the firm. Flipkart can probably handle its services with just two of its branches – Flipkart Fashion and Myntra. Jabong may not be the commanding company that it once was, but in many ways, it proclaimed the very beginning of the era of online shopping in India for clothes.

Author - September 16, 2021
0
OTT's premium audience is enticing yet paid subscribers and the absence of outsider estimation are factors advertisers need to grapple with.