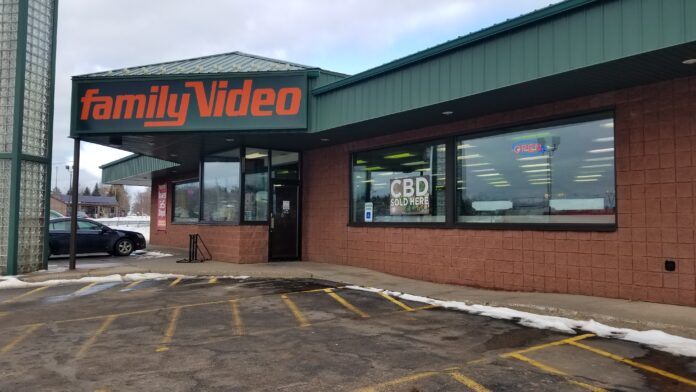 Another end of an era. Family Video has shut down all of its 248 video rental outlets across the United States of America. The 42-year-old behemoth stated that the pandemic was the final hit to a company already decayed by the inclination of streaming.

The company, during its peak, operated roughly 800 stores and, in January, announced its closure. The last day for movie rentals at Family Video stores was on January 6th but, they remained open till all their inventory sold out. Their inventory included Blu-ray discs, DVDs, gumball machines, popcorn, shelves, and all else that was left.

CEO of Highland Ventures, Keith Hoogland, said that although they faced digital competition from platforms like Netflix, they never faced something devastating to their business as Covid-19. He also stated that the pandemic not only affected the organic foot traffic but the reduced number of movie releases, and that pushed them over the edge.

Hoogland was waiting for the business to return to the pre-pandemic stages, but it did not even come close. He thought Family Video had two or three years left, but the pandemic hit hard, and the closures became inevitable combined with the lack of new movie releases.

The closure forced about 5,000 employees out of work, out of which the majority of them are from small and rural towns. These towns are where “jobs are meaningful and hard to come by.”

Family Video outmatched three other titanic video rentals, namely, Movie Gallery, Hollywood Video, and Blockbuster Video, and they were the last man standing. Blockbuster filed for bankruptcy in 2010, and it was acquired for $320 million by Dish Network in 2011, which eventually shuttered the stores.

Family Video was stable all this while owed to the reason that their buildings belonged to them instead of leasing it. As this industry sank, they were not hindered by increasing rent costs. The addition of pizza restaurants in adjacent spaces aided Family Video to cover costs and offer consumers a chance to rent a movie and get dinner delivered to their door.

Family Video halted their rentals in January. In the wake of those closures, Hoogland witnessed how much the company meant to the communities. Thousands begged the movie rental chain to stay open, and employees who have not worked for the firm in 15 years called to say what it meant to work at Family Video.

New tenants will move into the space Family Video once occupied, transforming the once flourishing business into a nostalgic memory as people had to walk in and search shelves to find the right movie for that night. The end of Family Video shutters the final door on large chains and, it was something Hoogland always predicted.

Passionate in Marketing - September 19, 2022
0
Oakley, the global leader in sports performance eyewear, has released the next chapter of its powerful campaign ‘Be Who You Are’ featuring Team India Captain...