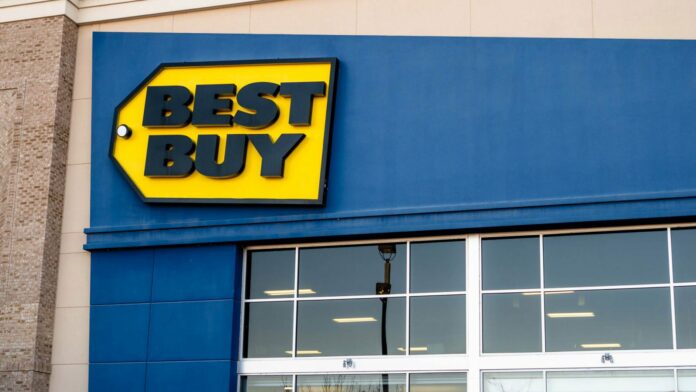 Best Buy has decided to lay off 5,000 employees this month and plans to shut more stores this year as more consumers purchases online, as per CNN Business’ report.

The news arrives after Fry’s Electronics shuts its stores on all the 31 outlets on February 24, 2021, but it looks like the layoffs were not unexpected.

Best Buy (BBY) is looking forward to about 40% of its sales coming from online shopping this year. That is an increase from 19% two years ago. And in response to this shift, the company has to alter its workforce.

BBY’s CEO, Corie Barry, shared with analysts that BBY has been adjusting the combination of full-time and part-time workers in stores, and due to this reason, there are too many full-time and insufficient part-time employees.

As an outcome, they laid off 5,000 employees, a huge chunk of who worked full-time. Also, they are roughly adding 2,000 new part-time employees. With that, currently, BBY has nearly 102,000 employees.

While BBY has been on during the pandemic, it is anticipating a lag in demand for appliances, TVs, laptops, and other electronics in the future. Reacting to changes like these in the retail industry, BBY shut down 20 of its brick and mortar outlets within two years and, as per reports, plans to shutter a large number this year.

In addition to that, Barry said that higher thresholds are going to be present on renewing leases as they examine the influence each store has. She bases this on the 450 store leases up for renewal within the next few years.

On the brighter side, BBY has been testing a modified store layout that uses a smaller sales floor, providing more space to deliver the inclining number of shipping orders.

Is this news digging deeper into a retail burial? Not really. Retail is well and alive, just not in the same manner that has been used for the past decades and centuries. According to the National Retail Federation, their annual forecast for 2021 reported that total retail sales would grow, ranging between 6.5% and 8.2%, which is more than $4.3 trillion as the economy reopens.

Also, NRF predicts that online sales in 2021 are expected to grow between 18% and 23%, which ranges from $1.14 trillion and $1.19 trillion. Realize this: it is not that people are not shopping, but rather how they are shopping is what is changing.

Nishanth E - August 10, 2022
0
Friday, the fifth of August, became a momentous day for India’s 2nd largest recreation – Kabaddi - because the player auctions for...