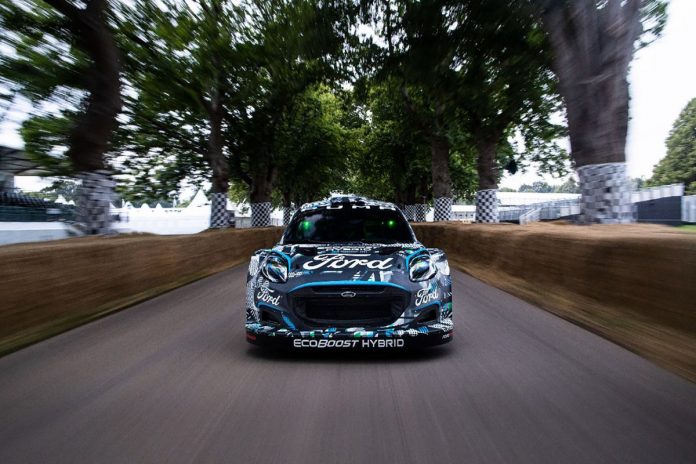 Over the past few decades, other forms of sport have offered Ford the increases and decreases, and the two that have been steady are NASCAR and rallying. Unlike NASCAR, which is an American-based spectacle, rallying is just popular everywhere on the planet.

Ford is developing a brand new contender coupled with its partners at M-Sport for the 2022 edition of the FIA World Rally Championship (WRC), the Puma Rally1, along with a fresh plug-in hybrid powertrain.

For all readers outside of Europe, the latest Puma is Ford’s subcompact crossover, which is not to be confused with the subcompact coupe in the late 1990s of the same name. The Puma is based on the same building design as the Fiesta and is taking over from that model in WRC.

With a pristine class structure known as the FIA Rally Pyramid, The World Rally Championship is getting a huge improvement for 2022. At the top of the table stands the Rally1 class where competitors will face each other for the world championship, and the base of the table stands Rally5 with lower cost and performance engines for entry-level candidates.

The Rally1 class offers significant improvements from the old World Rally Car format leveraging standardized units like a common safety cell to hold the costs under control. The inclusion of a hybrid system is the biggest change like many other leading classes in motorsport from Formula 1 to the 2023 IndyCars and the forthcoming LMDh cars for the IMSA Weathertec Challenge and World Endurance Championship (WEC).

Rally1 is leveraging a standardized hybrid system like the IndyCars and LMDh engines supplied by Compact Dynamics. It consists of a 100-kW electric motor and a 3.9-kWh lithium-ion battery with the plug-in feature. The electric vehicle will be coupled within the Puma with a 1.6-liter EcoBoost four-cylinder engine. The Rally1 cars have to be powered by electricity when strolling around the service park and when moving within populated areas.

While other auto manufacturers have had a history of racing hybrid systems, especially in Formula 1 and WEC, this will be Ford’s first with an electrified race car. Also, these are the first plug-in hybrid race cars to compete in a major championship. The Ford Puma Rally1 model has been running tests for several months now with the bodywork from the ongoing Fiesta WRC car.