The Supreme Court has reportedly sought government response on petitions challenging IBC Act validity while asking parties to maintain a status quo concerning pending applications filed by homebuyers with the NCLT. This is for initiating insolvency proceedings against developers. The petition challenged the validity of the insolvency and Bankruptcy Code Amendment Act. This act introduced a threshold of at least 10% of homebuyers in a project or 100 of the total allottees for initiating insolvency proceedings against the real estate developer. An apex court bench issued notice to the ministries of finance, law and corporate affairs moving on a petition filed by the Association of Karvy investors.

This petition challenged the recent Insolvency and Bankruptcy Code Amendment Act, 2020, reasoning that it is arbitrary and violative of Article 14 of the constitution. Concerning the pending applications filed by homebuyers, the Supreme Court asked parties to maintain a status quo. The status quo was in favor of initiating insolvency proceedings against developers. The new law states that homebuyers looking to take a developer to an insolvency court will have to ensure a minimum of 100 or 105 of the total allottees of a project were part of a joint petition seeking initiation of Insolvency proceedings against the builder. Counsel Srijan Sinha of SC said that while challenging sections 3 & 10 of the act, he argued that the new law violates article 14 that ensures equality before the law.

Sections 3 & 10 of the act had rendered buyers, who are financial creditors remediless and subjecting them to discrimination by putting a pre-condition in the form of a minimum no. of allottees. This means allottees of a particular project required for filing an application under Section 7 of the IBC for initiation of the IRP. Counsel Ashwarya Sinha who filed the petition for the association was of the view that a conjoint reading of Section 3 of the ordinance along with the other IBC provisions clarifies this even though no difference exists between different classes of financial creditors, the act is discriminatory for the creditors. The resultant differentiation has no rational nexus with the objective of the insolvency act. Instead of strengthening the IBC, it counters the objectives behind enactment as it is weakening the rights of the lenders. 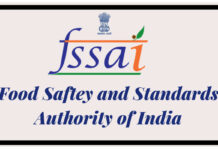 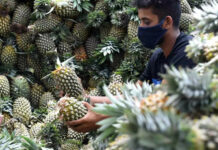 Author - November 23, 2021
0
At the start of the wedding season, Raymond launched its latest ad titled- 'Think about weddings, think about Raymond'.

92% jump in cloud usage during the pandemic by the SMBs:...