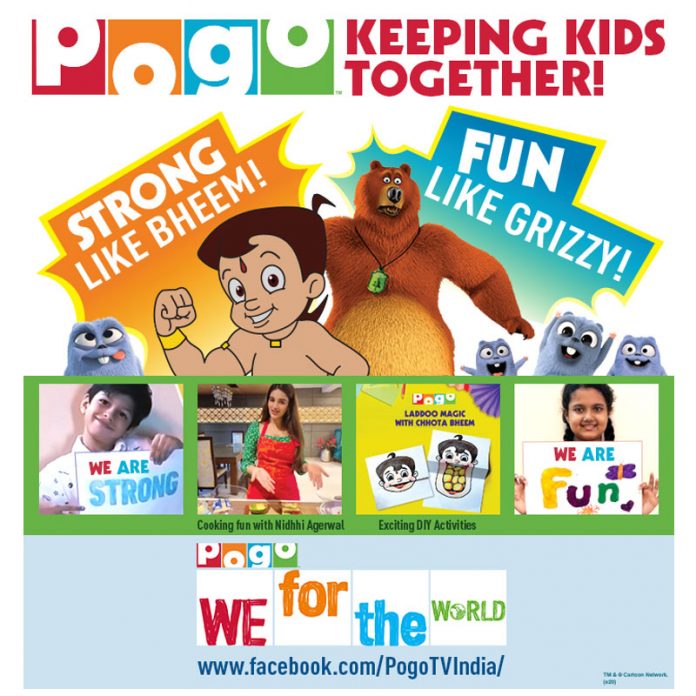 Cartoon Network and POGO have announced about launching month-long digital campaigns to celebrate this summer season. Cartoon Network’s #CNHomeFun and POGO’s #WeForTheWorld campaign aims for promoting family fun through do-it-yourself (DIY) programs. With this campaign, parents can have a great and fun time with their children.

According to the company, the ongoing campaign #CNHomeFun, which is active on Cartoon Network’s Facebook page has received a great response from the audience for its art, craft, and fitness activities. These videos will feature toons from popular shows like Dexter’s Laboratory, Bandbudh aur Budbak, The Powerpuff Girls, We Bare Bears etc. There are many tutorial options like ‘Learn to Draw Dexter’, ‘Exercise with Ice Bear’, ‘Push Ups with Gumball’, and ‘PPG Race DIY’ in the page. The users can choose whichever option they want.

Abhishek Dutta, South Asia Network Head, Cartoon Network and POGO, said. “Along with the launch of new shows, we wanted to capture imaginations with unique digital-led activations. These multi-platform campaigns have been designed around our most popular shows – like We Bare Bears, The Powerpuff Girls, Grizzy and The Lemmings and Mr. Bean – to bring fans even closer to their favourite characters,”

On the other hand, POGO launched their #WeForTheWorld campaign on May 31, 2020 with a heart-warming video emphasising solidarity and togetherness on its Facebook page. Through its inspiring lyrics, ‘Hum sab saath toh nahi… Phir bhi hum sab ek saath hai’ (Despite the distance, we are still together) the video reminds viewers that, In the difficult situation, no matter where you are, we are united to battle this pandemic. The video is promoted through various digital media platforms of POGO.

#WeForTheWorld will also promote fun and stimulating activities on its digital media platforms, like ‘Paper Cup Magic Fun with Mr. Bean’, ‘DIY Race with Grizzy and the Lemmings’, ‘DIY POGO Bookmarks’. For boosting the campaign in future, POGO may collaborate with other popular influencers. Nidhhi Agerwal, popular actress, dancer

and gymnast will conduct her DIY segment ‘FunWithNidhi’, featuring how to make cookies and sandwiches.

The ‘Art & Craft Activity’ done by Kraft Affairs will feature the making of floral alphabet wall hangings and encourage kids to enhance their creativity and skills.