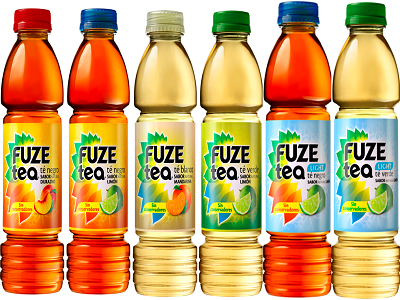 The dominant beverage manufacturer Coca-Cola is all set to roll out the Fuze tea line up in India in order to widen its product portfolio of healthy beverages. The Fuze brand is a $1 billion global brand. This the second launch by Coca-Cola in India in two years after the introduction of the sugar-free Coca-Cola Zero in the last year.

The carbonated soft drinks manufacturer has harbored objectives of operating in the category of packaged tea since the global venture with Nestle was called off in the year 2012. The Fuze tea is based on fruit juice and it will compete with the Lipton iced tea from Hindustan Unilever that was sold in a partnership with PepsiCo.

The market segment of ready to drink tea is estimated to be Rs 100 crore. Using small marketers who are betting on this segment of healthy beverages to expand their portfolio, Coca-Cola can rope in more customers. As per the industry observers, this move of Coca-Cola will minimize the risk involved in the aerated drinks portfolio and pave way for a better business across the seasons.

As per Devendra Chawla, the Group President of Food and FMCG of Future Group, the Fuze tea will lighten the assortment of the company. It will reduce the dependence on the carbonated soft drinks and minimize the risk from seasonality as the tea consumption is not restricted to any particular season. On the other hand, the carbonated drinks sales are high only during April to June in India due to the hot season.

The excess rains can drag the sales growth that has been in single digits in the last quarter. The Fuze tea will be launched in 250 ml pet bottles carrying a price tag of Rs 30 per unit. Initially, the product will be launched in Bengaluru, Hyderabad and Chennai, and it will be followed by Goa and Delhi.

Passionate In Marketing - May 29, 2020
0
State of marketing report sixth edition published yesterday by Salesforce reveals that the marketers of India have succeeded in engaging the customers...

How the future of Digital Marketing is being transformed by Artificial...

Royal Enfield to enhance their customer engagement and brand awareness through...

Why brand activities on LinkedIn has increased amid COVID-19?

Royal Enfield to enhance their customer engagement and brand awareness through...