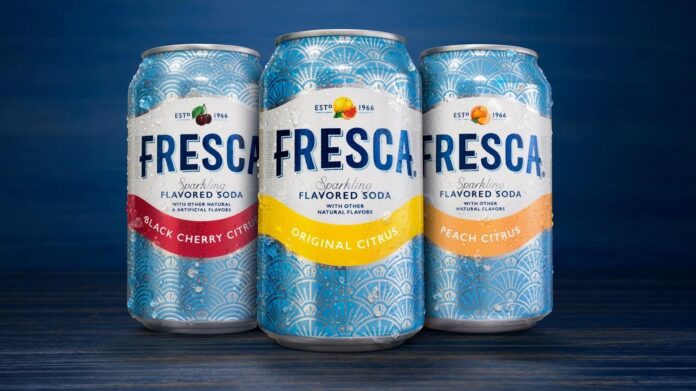 The booze business is getting hot with Coca-Cola Co. The soda giant agreed on a deal with Constellation Brands Inc. this year. The result is a line of spirits-based canned cocktails under its Fresca brand.

Constellation said that Fresca Mixed will start cocktails inspired by recipes from people around the world who were using it as a mixer. Production, market, and distribution of the products will be done by a three-tier distribution network by Constellation. It will be in the U.S. Financial terms of the deal.

Companies are growingly moving onto one another’s turf, in this case, its soda and alcohol. An alcoholic version of PepsiCo Inc.’s Mountain Dew is planned to roll out early this year. Its made in a partnership with Boston Beer Co. A line of Bud Light-branded hard soda in the flavours cola, cherry cola, orange and lemon-lime is being introduced by Anheuser-Busch InBev SA this month.

The popularity of canned cocktails is growing. Many people are switching from hard seltzer, wine and beer to spirits-based drinks. Fresca is surging in popularity. In the beverage giant’s U.S. portfolio, Fresca has made it to the fastest growing soda trademark.

Constellation CEO Bill Newlands said in a statement that the Coca-Cola Company’s FRESCA brand is trusted by consumers. It delivers on consumer preferences for refreshment, flavour and convenience. These are the fine attributes that also play well within beverage alcohol and where they leverage expertise.

The consumption of canned cocktails grew 52.7% in the U.S than the previous year. 6.9% of the total volume accounted in the alcoholic ready-to-drink group according to the IWSR Drinks Analysis. Svedka vodka and Casa Noble tequila include in Constellation’s spirits portfolio.

After the company released its latest results on Thursday morning, less than 1% in premarket trading were the shares of Constellation. Wall Street’s estimates for its quarterly earnings and revenue are topped. In the premarket trading, Coke’s stock was roughly flat.

In the hunt for a new partnership, the company has blurred the lines between drink categories for growth.

For diversifying their portfolio in a time of shrinking soda consumption, and new regulated beverage markets, the manufacturers of non-alcoholic beverages are going for CBD infused drinks and so on.