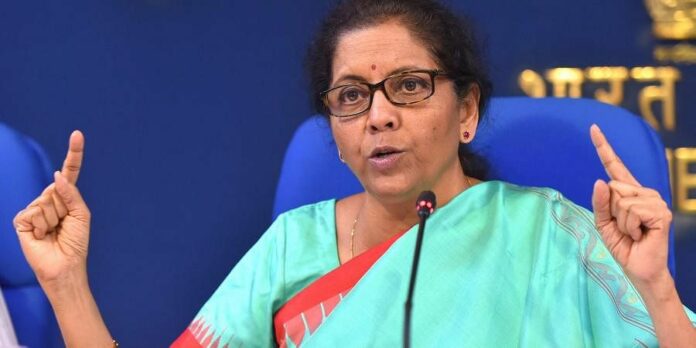 Finance Minister Nirmala Sitharaman met with her BRICS colleagues on Thursday to address key areas of collaboration that will be critical in assisting the grouping’s countries in recovering and sustaining macroeconomic stability while avoiding future risks posed by the COVID-19 epidemic.

She emphasized that the BRICS (Brazil, Russia, India, China, and South Africa) have played and will continue to play an important role in dealing with emergencies like the epidemic.

According to a finance ministry release, Sitharaman and Reserve Bank of India (RBI) Governor Shaktikanta Das practically led the scheduled interview of BRICS Finance Ministers and Central Bank Governors (FMCBG) under the Indian BRICS Chair ship. The BRICS group is made up of Brazil, Russia, India, China, and South Africa.

The FMCBGs adopted the BRICS Finance Ministers and Central Bank Governor’s Statement on Global Economic Outlook and Responding to the COVID-19 Crisis, which included an appendix outlining member nations’ policies. perceptions in dealing with the financial consequences of the disease outbreak during the meeting, according to the statement.

As chair, Sitharaman stated that India places a high value on presenting this statement to the international community since it unifies the views of the BRICS countries on the important issues underpinning current international policy discussions on post-pandemic recovery.

It was also authorized a ‘Technical Report on Social Infrastructure: Financing and Use digital Technologies,’ according to the statement.

This report is a collaboration across the BRICS economies to share information on social infrastructure, including how governments have used digital technologies to improve access and service delivery, particularly in the health and education sectors.

The BRICS finance ministers also celebrated the completion of discussions on the text of the Cooperation and Mutual Administrative Assistance (CMAA) in customs affairs, as well as deliberating on other import duties problems.

The debates on central bank issues and their outcomes, including financial inclusion, the Contingent Reserve Arrangement (CRA), and Information Management Cooperation, were headed by the RBI Governor.

Both Sitharaman and Das thanked the BRICS members for their collaboration and support in helping the Indian Chair prepare and finalize the crucial BRICS Finance deliverables, according to the statement.