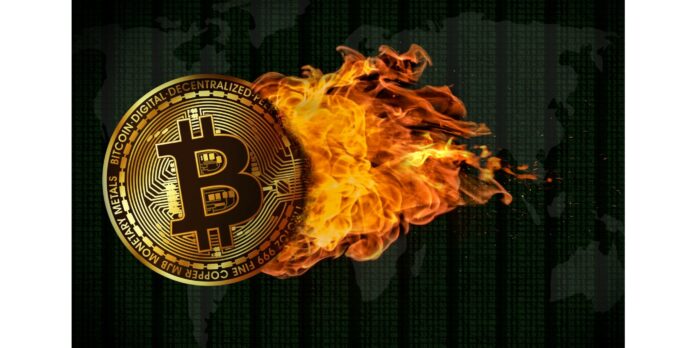 If you’re new to cryptocurrencies, you’ve probably been amused by the term “coin burn,” and wondered why someone would need to do so. So, here’s how it works. The process by which miners and developers remove coins from circulation is known as coin burn.

To put it another way, coin burn is the process of burning a coin so that it can no longer be used for trading or otherwise. Because cryptocurrencies are virtual and cannot be burned, miners and developers utilize digital methods to render them unusable.

The purpose of a coin burn is to create a supply shortage, causing the token price to rise artificially. Each cryptocurrency network has its own methodology for performing the burn, but it essentially involves pairing the currencies in circulation with unobtainable private keys, making it impossible for anybody to claim ownership.

The event of a Coin burn is also documented in the ledger records, making the burn infallible. They should also make the proof-of-burn algorithm available to the market in order to promote cross-verification.

The basic goal of coin burn is to control supply and thus maintain price stability. This method is comparable to currency demonetization or stock buybacks. The amount of coins available in the digital currency market decreases when developers/miners burn the currencies. As a result, the coin’s value will increase (at least theoretically it should).

Coin burn impact on the Market

According to Prof. Prasad, the outcome of currency burning has yet to be shown, as it is a recent phenomenon. The burn process, on the other hand, should presumably stabilize prices and markets.

Prof. Chebbi further stated that the impact of the burn process on the cryptocurrency market is still up in the air. Bitcoin gained value in the immediate aftermath of its last Coin burn. Burning BNB tokens, on the other hand, did not result in any significant dividends for that currency.

He also stated that they believe that a cryptocurrency market’s long-term health and profitability are determined more by the strength of the currency itself, such as the confidence of the investors in it and eventually its acceptance by the world as a medium of exchange. Coin burning, on the other hand, has a purpose in supporting the currency and displaying the promoters’ dedication to it.

Prof Prasad believes that the coin burn procedure is critical for two reasons.