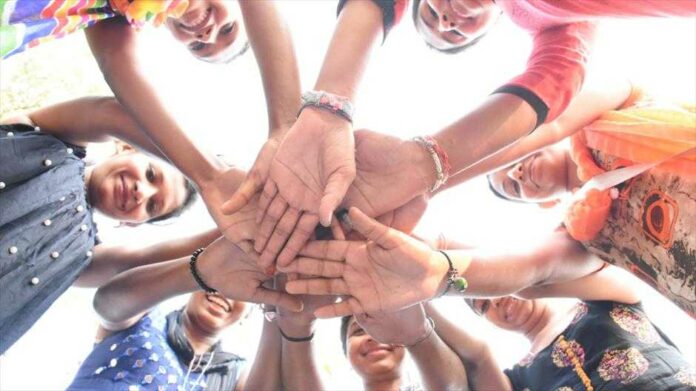 Corporate Social Responsibility is a part of DNA, says Sunil Duggal Dabur group’s CEO. The ‘Sundesh’ aims at the development of rural areas in India and the upliftment of the unprivileged sections of society. This includes the Women, Children, Illiterate and Unemployed sections of the community.

Dabur India showed that they are not aiming at a profit but the take up their country also.

#SweetnessOfGivingBack is the new initiative by Dabur Honey. The raw unprocessed honey is collecting from the beehive to the consumer’s house-made Dabur the first choice for honey. During the occasion of Durga Pooja, the Dabur group is celebrating by putting a smile on the people of Sundarbans.

Sundarban is one of the heritage centres listed by UNESCO. It is a mangrove area in the delta of the Ganga, Brahmaputra, and Meghna rivers. People there depends on forest, agriculture or rivers for their livelihood. Honey collection is one of the major jobs of men there. Sundarban is highly affected by Covid 19. They were also impacted by multiple cyclones and floods.

The digital film to pay tribute to the honey collectors says that the hero of honey collectors are facing a very big challenge. The Amphan cyclone hit in May 2020. West Bengal was heavily ruined by the cyclone. A year after Yaas cyclone touched the area. It was relatively strong and caused heavy destruction in the region. Drinking water was scarce in the region.

Amphan and Yaa’s cyclones deliberately affected the Sundarban area. People were heavily tired out of the coronavirus pandemic. The livelihood of people there was troubled. Men lost their job. The jungle was closed and was not able to collect the honey. So men migrated to the city in search of labour. They visited home once in six months only unlike they went for collecting honey.

ICE Media Lab conceptualised and produced the digital film for the Dabur group. They spend there in the village for making the film idea come true. Twenty-three families were depending on the job of collecting honey from the jungle, Dabur group is supporting their honey suppliers by providing relief materials. Clothes, food, sweets were distributed to the people and saw the smile on their faces.

Dabur group also promised to provide one-year dry ration supplies and other essential items for all the families. Thus Dabur group proved the idea of ‘Sharing is Caring.’