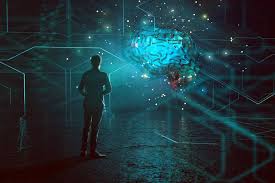 The creation of the digital world is to create video games. The most used technology for video games would be virtual reality. Though there exist other applications such as immersive films, its development is not seen except for other content than video games in full expansion.

High-end virtual reality is exclusively dedicated to technology and is not meant for education, which has a medium-high cost. This device cannot be used by more than a single student i.e, “a student with a device”. But then, virtual reality could be used for audio-visual, narration, or explanation. It could also be used in the fields of geography, history, or art for a better experience.

Augmented reality, an example is our mobile. It shows the reality that is been recorded through the camera while adding certain elements to it. Some other examples would be filters that add animal or fun effects to portraits.

By simple augmented reality, elements overlap in a reality and there exists no interaction with it such as showing 3Dillusration on a book. When it comes to the education field, there exists a product that shows digital images about reality like didactic animal models of the human thorax, which are shown in the T-shirt.  Complex augmented reality is an advanced technology. This advanced technology can be used for engineering students to visualize the real engine of a car through special glasses or through mobile, which presents information about each part of the engine.

Complex augmented reality is used in tourist destinations. The technology recognizes the building and displays information about the building.

In the coming years, the education field requires technology which is not much complex to use or to understand or too expensive.