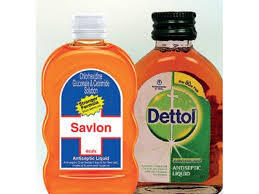 The enormous drift in lifestyle that happened during this pandemic crisis and the subsequent lock down would be people turning washing hands and using sanitizers, into more of a daily habit, than an occasional decorum. We would never in our lives, have been so certain about personal and social hygiene, if not for the pandemic.

The front runners in when it comes to hand wash brands would undoubtedly be Dettol and Savlon. Recently, a social media analytics company based in Luxembourg, Talkwalker, analyzed the performance and market placements of these two brands, providing crucial matrices including engagements, demographic data, influencer data, related themes, and other related statistics. When it comes to mentions, Dettol swept off the ground since it received way more mentions compared to Savlon. A major part of this win would be contributed by the Dettol “handwash challenge” which happened in commercials and was a huge hit. Savlon too, had some traction around the same time as its handwipes and the fact that it’s soothing to the skin while still protecting it. When it comes to demographics, on the internet, more women were vocal about Dettol, than Savlon, apparently. Dettol seems to have a lot more contributors compared to Savlon when it comes to checking on the buzz created. Savlon has got a more complex distribution of mentions than Dettol throughout various media, be it online news, Twitter, Facebook, Instagram, or any other channels.

When looking at the themes both brands portrayed, it goes without saying, that the biggest theme one can associate with a brand is nothing but the brand itself. Savlon takes the lead as almost 20% of the buzz related to them are coming from the 35+ age group, whereas for Dettol, following the millennials, generation Z seems to be standing prominent. For Savlon, other prominent themes include Savlon, spray, and hard. For Dettol, the other themes are mainly liquid, preferably associated with their liquid soap), sanitizer, and buyer.

Passionate in Marketing - October 15, 2021
0
Enabled bulk edit of placements from ‘monitoring’ to ‘blocking’ and vice versa, streamlining the process and driving operational efficiencies