The company stated that they are saving $300,000 on average for every hour of a content shot from home which was $3.26 billion on content last year.

Gunnar Wiedenfels, the company’s chief financial officer said, “We have been creating some very successful content with very scrappy equipment,” he said. “It felt the more real and authentic the content became during the crisis, the better it worked with our audience.”

Discovery provided all shooting equipment such as cameras, iPhones, tripods, etc to presenters and other on-air staff through the mail. They will record the content within their house, which includes food and do-it-yourself programs. Some are using their own iPhones and GoPro cameras. Anyway, the network is ensuring the quality of content.

In 2018, the company closed a deal of $11.9 to acquire Scripps Networks Interactive Inc, which is reassessing the real estate footprints and reviewing the cost of future production budgets as the shooting restrictions are easing across the country.

Mr. Wiedenfels said that he learned about the tools in their production management toolbox during this pandemic. Some of the cost savings could help to balance the projected revenue shortfalls. In the first quarter, the advertising revenues were largely flat at around $1.4 billion as compared to last year. The company is expecting that it will decline in upcoming quarters also.

Kutgun Maral, senior analyst of investment bank RBC Capitalist Markets said that Media-companies and television networks are trying to reduce their production costs. They are looking to proactively evaluate and improve their cost strategy. But Discovery could reduce their cost because it does not have long-lasting sports-rights contracts. Also, they are depending less on scripted content compared to other networks.

Mr. Wiedenfels said that Discovery has its own internal production team along with the network of external content providers. The network is not looking to work less with production companies. They are focusing more ways to bring down the costs.

Neil Mackar, senior equity analyst at Morningstar Research Services LLC said that content creation for Discovery is easier than other content companies. It is unique in the way that, many programs can be shot in their employees’ gardens and houses. 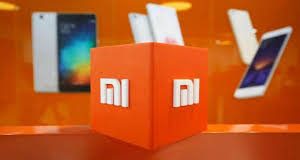 Passionate In Marketing - July 10, 2020
0
While TikTok ruled a significant part of the discussion around the ban on the 59 Chinese apps in India, a major brand...

Himalaya respects and praises ‘hands’ in the new film