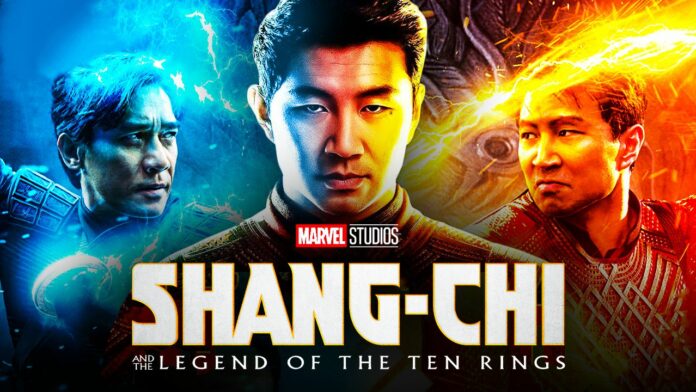 Shang-Chi The Legend of The Ten Rings produced by Marvel Studios and Walt Disney Studio Motion Pictures opened as the No. 1 movie globally and at No. 1 in all main international markets, generating an estimated $132.3 million.

Shang-Chi and The Legend of The Ten Rings had totally blown away all expectations domestically and worldwide, delivering an estimated 75.5 million Dollars in three days and 93 million dollars in four-day, in the domestic market and thus becomes the second-highest opening of the early year, only after Disney Black Widow’s 80 million dollar income. This has also hit the record for the highest Labor Day weekend opening by a substantial margin.
The film had a day 1 collection of $56.8 million in all core markets with all areas over-performing against pre-release expectations.

Nobody expected such a blockbuster success of this film as it was not so hyped and also due to Covid-19 but it proved everyone totally wrong.

The film achieved certain significant achievements in its opening weekend, that includes:

The highest opening weekend during the pandemic in Kuwait, Chile, Iceland, and Peru

Highest opening 3-day weekend during the pandemic situation in the U.K.

The response from the critics and audience ratings for the film has been absolutely unbelievable. It is marked 92% Fresh on Rotten Tomatoes with a critics score and with a 98% verified audience rating; an “A” CinemaScore and a rating of 5/5 stars from PostTrak polling from general audiences and parents.

Shang-chi And The Legend of Ten Rings starring Simu Liu playing the role of Shang-chi, who should challenge the past which he thought he left behind but now he is drawn into the web of the mysterious Ten Rings organization run by none other than his father, Mandarin.
The film also stars Awkwafina (actress and rapper) as Katy, with Tony Leung (Hongkong actor and singer) as Mandarin, Michelle Yeoh ( Malayasian actress) as Ying Nan and, as well as Meng’er Zhang as Shang-Chi’s sister Fala Chen, Benedict Wong, Yuen Wah, Ronny Chieng, Zach Cherry, and Dallas Liu.

It is directed by Destin Daniel Cretton and produced by Kevin Feige with the screenplay being written by Dave Callaham & Cretton and Andrew Lanham.

Author - September 16, 2021
0
MMA, GroupM, and Amazon Advertising have dispatched the 'Decoding Consumer conduct and Winning the 2021 Festive season' Playbook, a handbook for promoters...