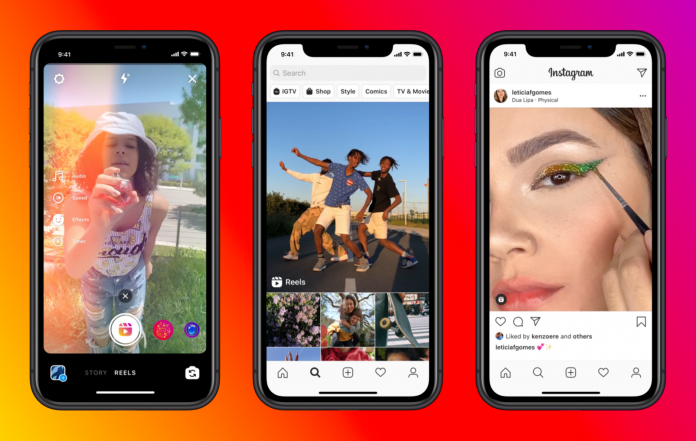 Instagram, the photo and video-sharing social networking service owned by Facebook has launched its first consumer marketing campaign in India to celebrate the creators and their creativity that shows in its newest video format – Reels. The campaign, ‘Do Your Thing’, is intended to inspire the creator in everyone. This video creating app really helps to know the abilities of various people across the world.

Reels is Instagram’s new video platform that provides the arrangements to create short-form, edited videos to entertain its audience. The campaign mainly focuses on the video creators in Reels. Through a range of 15-second ads, the campaign shows all of the music, and editing features that allow creators to bring alive their imagination. Reels invites us to create fun videos to share with our friends or anyone on Instagram, for creating this super funny video first we record and edit 15-second multi-clip videos then add audio effects and using the new creative tool.

The creatives have been formed in partnership with Ogilvy and will be appearing on TV and other digital platforms. About this campaign Sukesh Nayak, chief creative officer, Ogilvy India, commented that With Reels, Instagram helps to show our creativity, this is what the new campaign tries to express.

In Reels, the video creators create so many short videos and that are fun, surprising, short, also very entertaining and the storyline in this campaign is inspired by the content from popular creators in Reels. Through this video creating a digital platform, many people can create their own video-based on their abilities in different areas. Some of them are interested in DIY’s, craftworks and also many other areas such as dance, acting, photography, designing, etc

For creating a video first, we select Reels at the bottom of the Instagram camera then we will see a variety of creative editing tools on the left side of our screen including audio and search for a song from the Instagram music library. The campaign is promoting the message that ‘Do your thing’ which means to create a video based on your ability.

According to a recent report after the removal of TikTok, Instagram Reels has become the most familiar app for young Indians (18-29 age group) said they would prefer to use Reels as a platform for video sharing.

Sayali Sunil Kotwal - June 12, 2021
0
The demand for healthy products, especially food in the last year, post the outbreak of the novel coronavirus, has been on a...