Digital payments are moving beyond the metros, and electronic payment corporations are positioning themselves for the change. With the pandemic prompting more people to strive out contactless transactions, firms are rolling out products and features to tap the new frontiers.

Harshil Mathur, CEO, and co-founder, Razorpay, an online payment gateway provider to businesses stated that in the past 5 months, with people staying indoors, the demand for online payments grew by 40% in tier-II and -III towns. Earlier, customers from a lot of these tier-II and -III cities would only order essentials online, but are now demonstrating high adoption for non-essential purchases like bill payments, video streaming subscriptions, and even dating and matrimony services.

Paytm Payments Bank stated it has signed up over 3.6 million merchants in rural regions. A spokesperson stated that efficiently, out of every three transactions on Paytm are achieved in a non-metro city. They have also doubled the number of business correspondents in smaller towns and cities.

Rural geographies are critical to PhonePe. If they have a look at a tier-wise break-up of transactions, over 70% of PhonePe transactions come from tier-II and -III. In July 2020, the company touched record monthly transactions of 620 million. payments normalized back to pre-lockdown volumes in June, however, for July,  have seen a record spike.

This week, PhonePe stated it will boom its acceptance to 25 million small merchants this year, including kirana store owners throughout 5,500 talukas in tier-III and -IV areas.

BharatPe has been increasing its QR-based payments service in smaller cities and offering credit to merchants in partnership with non-banking financial companies (NBFCs). 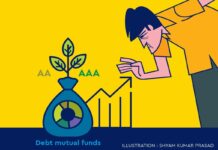 Passionate in Marketing - September 18, 2021
0
Infusing meaning to the rituals surrounding weddings, Mohey’s new campaign emphasizes on how change starts with one's own choices.