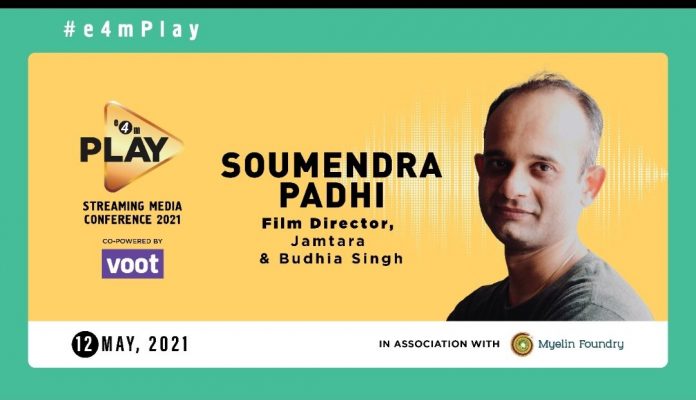 The second edition of the e4m play streaming media awards was on 12th May 2021. This award show was broadcasted online. The awards honoured excellence in on-demand video and audio content.

In this streaming era, OTT platforms have introduced a drastic shift in the world of video and audio consumption. The last two years had been an eye-opener for the digital entertainment industry, and even projects the domestic consumer’s insatiable appetite among all kinds of content. Whereas, the mainstream channels have remained unfulfilled up to Demand Video and Audio Platforms. Thereafter, there has been no turning back. To meet the consumer’s demand, a slew of platforms have evolved with the support of many new opportunities.

This nascent Indian online video market is evolving into a big industry. This growing adoption of smartphones along with the falling data prizes has introduced the OTT industry to this big league. These unprecedented times and the lockdown supported them to mainstream the OTT services. A recent media report has indicated the growth of the Indian OTT industry. This report briefs about the online video subscription, which has risen from 142% in 2020 to $639 million.

During the conference, we are likely to explore the new trends and new challenges that will affect the Video and Audio streaming space. It is a one-step congregation for content creators, video platforms, leading brands, and advertisers. This full-day experience persuades us to have a deep dive into the ecosystem, which will help them to thrive in the competitive market.

E4m play 2021 will honor excellence in On-Demand and Audio Content from content studios to advertising agencies, and even to production houses and brands. E4m Play2021 looks forward to recognizing the best.

Passionate in Marketing - July 20, 2021
0
When they say don't dream at your age, say Wally Funk. Because who better than an 82-year-old woman to shatter stereotypes and...

What is Instagram’s new Collab feature and how it works

Reliance Retail acquired a majority stake of 66 percent in Just...

Passionate in Marketing in conversation with Mr.Marc Kaplan, Co-Founder & CEO,...

Case Study: Transform your field while building your firm: know how...