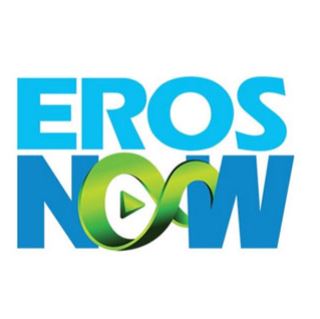 The global entertainment giant, Eros STX Global Corporation, announces addition in the brand identity of Eros Music with ‘Eros Now Music’. The renovated objective accompanies the intensity of cooperative energies of Eros Studios and the OTT stage – Eros Now which will help the brand by supporting its current music library, originals, non-films music, and independent artists across genres and languages, hence raising its present position. The news is certainly exciting for music enthusiasts, giving them admittance to a broad music library with plenty of varieties to offer.

Music has consistently had a vital impact on culture and regular daily existences. It is a solid method to catch a group of people drawing in with the substance they love. In a nation that commends the variety of music, the new, modernized brand will give an unparalleled occasion to new and arising abilities from the nation over to dispatch their music on the stage and interact with the global crowd. The developing interest for indie artists, non-film music additionally empowers Eros Now Music to not just provide a platform to consume music but also to create new and fresh music.

Eros has also appointed Rajitta Hemwaani as Business Head – Music, who will be liable for driving in business for Eros Now Music, content creation, and acquisition. With her addition, Eros brings in over twenty years of experience and expertise in the entertainment business.

Eros Now Music is planning to bring out more originals in the following one year, proceeding to hold its situation as the most favored platform. Upcoming as well as established artists in genres like Indie, Pop, Sufi, EDM, Hip Hop will exhibit their talent across regions and languages including Hindi, Punjabi, Bhojpuri, Haryanvi. The company plans to bring in regional talents and provide them opportunities to perform for a much bigger audience.

admin - May 4, 2021
0
Grapes Digital will be responsible for digital campaign planning, content planning, creative support, media planning and buying and Influencer Marketing for the...