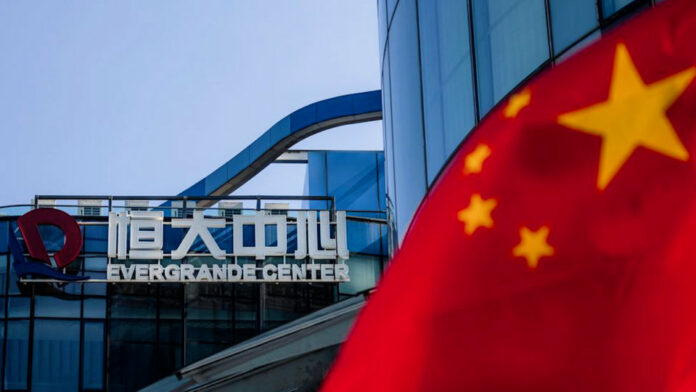 China’s Evergrande one of the leading construction and house property-making company now falling because of the debt it has and probably its inability to pay in time.

The Chinese government is being continuously trying to support and keep helping Evergrande to stop it from falling all the way to find gain by its momentum and pace so that people can find themselves at a better place as far as their investments and buying houses are concerned.

The Chinese government has had issued a notice to Evergrande regarding the payment of their debt. Which they were able to complete barely.

Initially, China’s energy issues have got China on the back foot as far as their economic growth and production are concerned.

Afterward, Evergrande showed hands up and people came on roads to show their resistance against this company and get the investment back.

China’s heavy production was reduced drastically after the energy issues hit the economy of China. China was importing coal from Indonesia which was at a higher cost compared to what they were getting from Australia.

China’s Evergrande was always considered as one of the most indebted property developers. But this time this company has again made a default on Monday that is 6th December 2021 where the grace period of 30 days was over and they were supposed to pay 82.5 million dollars of repayment.

Because of this continuous downfall of the company, the share price also is going down at a brisk rate.

The latest trade price in Hong Kong is 0.23 dollars which is an almost 20% dip from where it was that is Hong Kong dollar 1.81.

Evergrande has recently said that they have formed a risk management committee to negotiate with the risk and bring it back to the least debt as soon as possible.

Though this news is not that big this will support the investor’s mind. But to what extent we probably don’t know. And will have to wait for the answer.