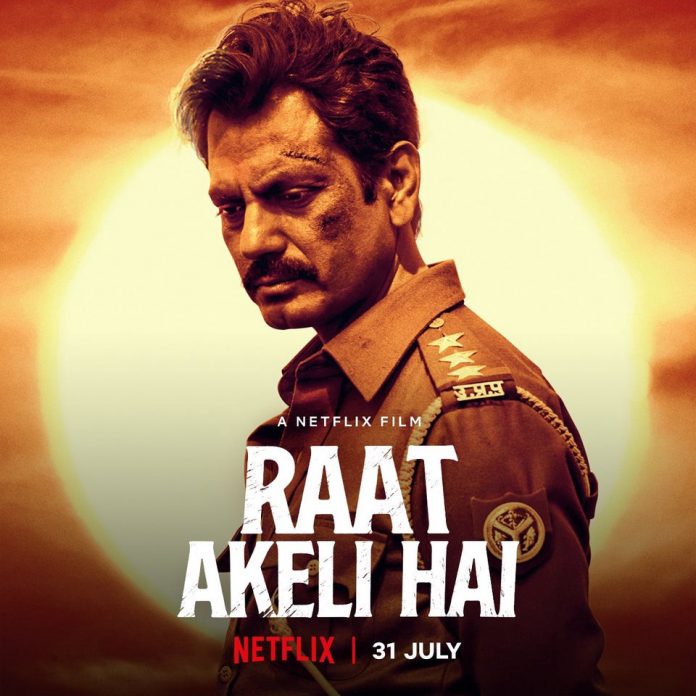 ‘Raat Akeli Hai’ is a Hindi movie starring Nawazuddin Siddiqui and Radhika Apte in lead roles released on 31 July 2020 through Netflix. The movie marks the Direction Debut of Honey Trehan who has previously worked as casting director and assistant director in several Bollywood films. The story portrays a small-town policeman who is assigned to investigate a politician’s death and is complicated by the mysterious family of the deceased and his own heart that is in turmoil.

In this movie Director, Honey Trehan portrays the obsession of Indian peoples towards fairness creams in a subtle way when Nawazuddin’s character ‘Jatil’ uses Fair and Lovely for overcoming his insecurity with his dark skin.

Fair and Lovely brand is shown in the movie twice but there is no proof ascertaining if it was an official partnership sanctioned by HUL or not.

Nawazuddin Siddique shared with many publications about his own experience of using these fairness creams during his younger days expecting miraculous results. He added that he spent a lot of time trying to make his skin fairer and didn’t even realize that the cream he used wasn’t Fair and Lovely, but some duplicate of it named as ‘Fare’ and Lovely.

It was just a few weeks before the release of the movie, Raat Akeli Hai, HUL announced that the company had renamed its popular brand of skincare Fair & Lovely by taking out Fair from it and changing it to “Glow & Lovely.” This move came about as a result of anti-racist protests happened in the US after African American citizen George Floyd’s death

Nawazuddin criticized the film industry ‘s inclusiveness and questioned how many dark-skinned actors we have in the Movies. a”Is there any dark ctor, male or female, in mainstream Bollywood? At first, I was having an inferiority complex. However, I think the positive thing is, I realized that if I couldn’t do much with my appearance, it might be better to start focussing on my abilities and craft. I understood when it comes to my appearance or my looks, that I was nothing. It took some time to get out of this trauma, but now I’m happy that I made the move, “He clarified.

Towards the end of the film, we can see a confident Jatil who had just solved the mystery of the complicated murder drops his pursuit of fair skin. He throws away the Fair&Lovely tube to the dustbin, telling the audience that you don’t have to be ‘fair’ and ‘lovely’ to be successful in a career or love.