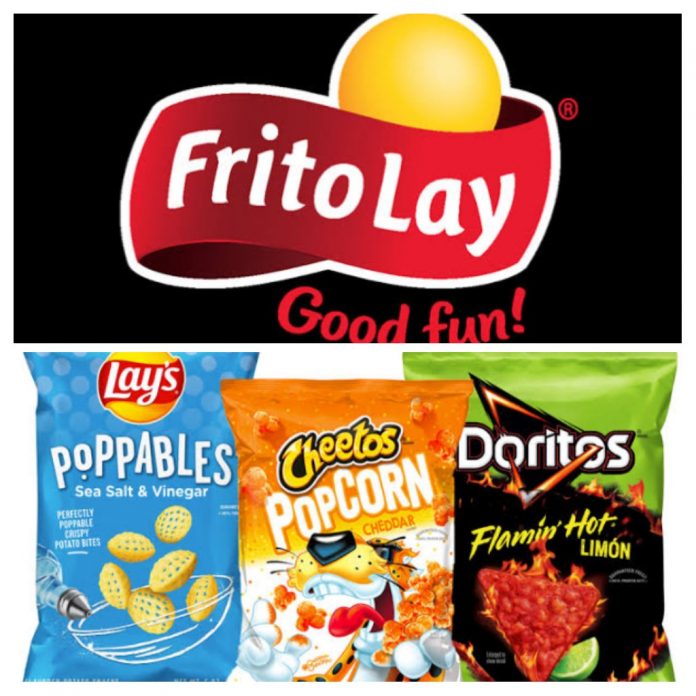 Frito-Lay is an American subsidiary of PepsiCo that manufactures, markets, and sells corn chips, potato chips, and other snack foods. The primary snack food brands produced under the Frito-Lay name include Fritos corn chips, Cheetos cheese-flavored snacks, Doritos and Tostitos tortilla chips, Lay’s and Ruffles potato chips etc. Recently, Frito-Lay unit is giving an opportunity to people to win branded merchandise by showing their love of Cheetos or Doritos through voting on social media for their favorite snack brand. It says that the “Flamin’ Hot Face-Off” is part of the rollout of the new Doritos Xxtra Flamin’ Hot Nacho flavor and the return of Cheetos Flamin’ Hot Spicy Pepper Puffs, per a press release.

The snack brands are asking fans to vote by following @Doritos and @Cheetos on Instagram and commenting on the brands’ weekly posts about merchandise giveaways, using the #FlaminHotFaceOff and #sweepstakes hashtags. They also can use the #TeamCheetos, #TeamDoritos and #FlaminHotFaceOff tags on Instagram and Twitter for a chance to win. As people participate in the debate over which snack is better, Frito-Lay has a greater chance of seeing the campaign expand organically on social media. The campaign is announced because Frito-Lay sees stronger demand for its snack brands among consumers who are eating more meals at home during the pandemic. Frito-Lay North America’s organic revenue climbed 3% from a year earlier with the introduction of new products such as Doritos 3D Crunch and Cheetos Crunch Pop Mix. As per the sources the “Flamin’ Hot Face-Off” utilizes two tactics that have remained popular with marketers looking to engage younger consumers that are: branded merchandise and influencer partnerships. Almost half of Generation Z has made a purchase based on a recommendation from an influencer, compared with 26% of the general population. Frito-Lay has enlisted model Winnie Harlow and YouTube star Denzel Dion to support #TeamCheetos, while rapper Jack Harlow and skateboarder Lizzie Armanto are rallying for #TeamDoritos. The brands are giving away items from the Flamin’ Hot capsule collections that include branded jackets, hoodies, sweatpants and other clothing. With this contest Frito-Lay is looking for more marketing opportunity and to gain more consumers rapidly.