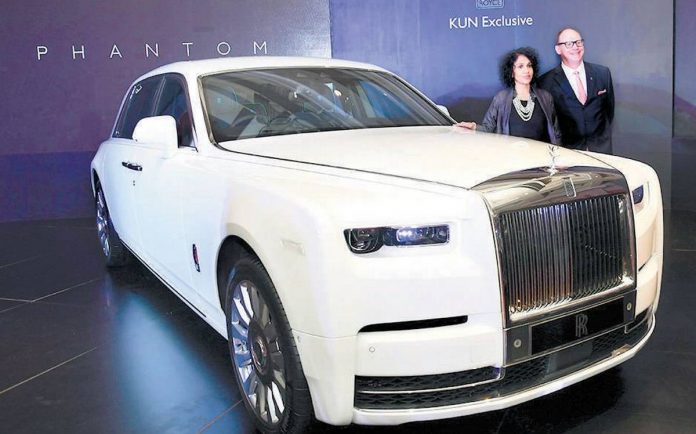 The lavish mansion, a flamboyant Rolls Royce and a snazzy pink suit, what’s there about, isn’t it the dream of many?

Acquiring Rolls-Royce is still a dream for many. Especially the combat I referred to before is a pure blessing you have to receive. This company, Rolls-Royce never stops it there. It keeps on upgrading itself and puts up a new model every time that still creates the temptation in many hearts.

As a result, the Rolls-Royce is about to launch it’s a most awaited model, New generation Ghost.

The expectation bars of this Ghost is really high. This will replace the several models that were released during 2009 and also it will be the model from the ground-up.

Rolls-Royce has it’s the separate fan base and this Ghost model has been the most successful model in its history of 116 years. The company states that, even during the hit of the pandemic throughout the country, they were working on the production of their Masterpiece that led them to launch the former in the last of this year.

As mentioned early, Rolls-Royce is unique and has its own laws and norms to be followed. Similarly, they clearly sketch the demand and need of their customers and perfectly work on the same, which they call it the reason behind the success story of the car.

The Ghost model is one of the versatile things that stayed at the top of the chart and couldn’t be hit by any of the other model cars. And many people tell that they enjoy the driving of the Rolls-Royce and whenever they do it, they refer it as an occasion. This shows the love they have towards this particular car and it’s its upgrades.

The sources explain us that, new-generation Rolls-Royce Ghost will switch to the company’s new aluminum architecture that underpins the Phantom VIII and the Cullinan models. The makers of the model also tell us that, the ecstasy and luxury handling of this particular car. They also found that their customers are looking for luxury with minimal design and as a result, the team is working on it, and the source guarantees that this would be an ultimate treat to all the Rolls-Royce lovers.

Passionate In Marketing - September 14, 2020
0
As Indian Studios get the remake of the French video game company Ubisoft is going to give the reins to the production of...