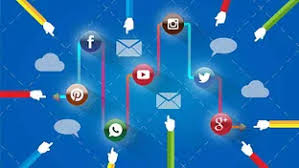 Banning of political ads on certain digital platforms is certainly a deterrent for the platforms to make ad dollars from the upcoming state elections in the country this year and early next year. But that does not mean that they would not be making money from the polls and the associated campaigning. The fact that social media is no longer an adjunct to mainstream campaigning is not new but dynamics of online political messaging has changed from ads to surrogate advocacy.

Especially, this time around with stringent rules on social distancing and a robust uptake on digital, experts predict at least 50 per cent increase in the digital spends for parties and individuals. The spends would include direct ad buys and indirect content deals.
Powered by sophisticated tools designed to target individuals and enhance reach, digital platforms are naturally imperative to any sort of campaigns, and political parties will make full use of it in the upcoming state elections of Bihar, West Bengal and Assam. Content creation will play a major role in the political advocacy done across platforms.
“What’s important to note is that the changes are to their ad policy and not necessarily to their presence on the platform. This means that political parties can still get reach through organic means. While some platforms have altogether banned ads, others like Facebook have extended tools like the Transparency report as way to bring focus to the paid ads run by political parties,” said Preetham Venkky, President at 22feet Tribal WW.
While in the current scheme of things, given the opportunity of upfront advertising and from a reach and affinity standpoint, Facebook is a solid option, but there are other platforms that will be heavily used by political parties in the upcoming elections.
“Platforms like ShareChat, WhatsApp are big when it comes to advocacy and we will continue to see these platforms play an important role. In fact, the organic penetration that parties have been looking for has been fulfilled by WhatsApp where specific problems and issues get addressed in smaller as well as larger groups,” said Shah.
The change means political advertisers can no longer target ads using data such as public voter records and general political affiliations such as right-leaning, left-leaning or independent. However, advertisers can still do contextual targeting, such as showing ads to users watching a certain video.
Advertisements via social influencers and publishers too are likely to increase. Emerging trends and growth in number of users across new platforms like OTT, Gaming, File Sharing makes them potential platforms to drive advocacy, said experts.