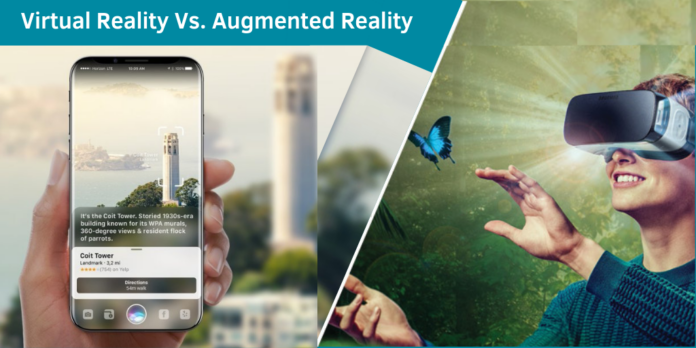 Virtual reality and augmented reality technology have a long history dating back to 1838 when Charles Wheatstone invented the stereoscope, which overlaid an image over each of the user’s eyes to create a distant 3D view.

Slew of other innovations helped to shape the cutting-edge technology we know today.

VR and AR will, of course, make our existing technology appear as rudimentary as the early experiments. These technologies are still tiptoeing into the commercial world due to extremely high development costs, the intricacies of AR/VR equipment, and other hurdles, but early acceptance has arrived.

So, how near are we to seeing widespread adoption?

Consumer use of AR/VR will see uptake first, more than a decade ago, the first true smartphone reached the market, transforming screens into a necessary part of our daily life. Technology altered the way we communicate, work, travel, shop, and many other aspects of our lives. We are surrounded by screens all of the time. It’s nearly impossible to get away from them.

Massively successful AR game Pokémon Go provided the first proof of consumer adoption of augmented reality technology. Nobody had ever considered AR experiences or applications on a smartphone before. The consumer mass acceptance of AR was successfully proven by this unexpected use of mobile AR.

New smartphone adaptations have been revealed after that. While businesses like Snapchat and Facebook have come up with creative ways to distribute augmented reality.

For the past few years, the most common method of delivering a VR experience has been through smartphones and headsets. Virtual reality has become the most accessible way for people to try it out. The virtual reality industry is significantly more mature than the existing augmented reality industry. The required software tools and hardware platforms to create an entertaining VR experience are now accessible.

Thanks to the advent of more complex systems like the Oculus Rift, which are paired with 360 cameras, VR experiences are gradually finding new avenues into our lives.

Virtual reality is also shown some useful commercial uses, ranging from real estate to tourism. These types of cutting-edge VR experiences are surfacing in a variety of businesses around the world even though augmented reality is less developed than virtual reality