HP has launched a new campaign highlighting the main five aspects of computing and communication in the current year by using five different videos. The company has brought into the spotlight the main product which is the USPs to convey the concept about innovative products can improve a person’s life and also help the person when they need it the most.

Through the launch of the new campaign, the company focuses to introduce the various range of HP’s laptops. The company had come up with innovative products as they have recognized that people are undergoing different struggles due to the current situation and the company has come up with different solutions for the problems faced by the people.

There are five different advertisements through which the company shows how they improve the user’s lives through their product. The first video shows a person practicing yoga by watching a virtual class and due to the slow internet and the video starts to buffer and the video points out the disasters that can happen due to slow internet during important activity and the video suggests the users shift to HP’s personal internet PC with 4G lite.

The second video shows three friends watching a horror film and while they are so engaged in watching suddenly the battery of the laptop is dead and the company suggests the users shift to HP pavilion x360 which has more than 10 hours of battery life.

The third video shows two sisters, where the elder sister is attending her office meeting and at that time the younger sister tries to take her cake and the elder sister offs her camera and takes the cake, through this video the company suggests the users shift to HP Envy laptop which has a webcam shutter, where the users can have their private moments.

The fourth video shows the situation in most of the homes where the kids are game addicts and parents always bring it up and in this video shows a son who is challenged by his mother to cook breakfast and surprises his mother with unexpected results.

The fifth video shows the video call between the son claims to his parents that he is studying and the parents find out the truth. Through these videos, the company claims that this range of laptops such as HP Spectre x 360, HP Pavilion x360, HP Envy 15, HP Personal internet PC-HP 14s and HP Omen 15 will help the users make their lives simpler. 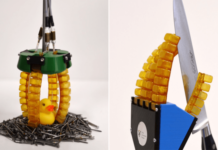 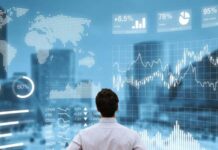 Where are high net worth individuals (HNI) and Ultra HNI investing...