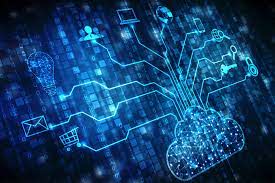 IBM has become a shareholder in We.trade, which is a finance platform and is owned jointly by 12 European banks. Its close relationship with Big Blue will help them in the future for global expansion, said Ciaran Mc Gowan, we.trade CEO. Also, they have made a deep relationship with IBM ALSO, which will help them in scaling globally and they are working closely together on Asia, Africa, and Latin America.

In early 2018, We.trade had gone live which is the first enterprise blockchain consortium to do so. As told earlier, this platform is formed by a group of banks in order to help European small and medium-sized enterprises (SMEs). And also they partnered with IBM for project technology from inception. In last October’s Sibos event in London, Mc Gowan stated that they are relying less on IBM and was trying to take its technology in-house.

IBM had taken the new role of part-owner of the platform and also as the sole technology provider.   Mc Gowan responded to this as “it’s all about getting the right balance”. In 2019 they had only 7 staff at the company, and it was very hard for 7 people to make all the decisions, to prioritize the requirements, and manage them properly. The move raises the question of intellectual property (IP) ownership, which caused a problem to IBM with blockchain consortia.

The former CEO of We.trade, Roberto Mancone made a clear distinction between IBM’s IP and the IP of we.trade, as IBM’s IP is the component used to build we.trade. IBM could own 7% of we. trade’s IP in addition to owning the Hyper ledger-based IBM Blockchain platform in which we.trade is built.

We.trade and IBM promoted a concession of a new multi-cloud approach so that the customers can use Microsoft Azure and Amazon Web Service, instead of the IBM Cloud. IBM made a join with we.trade’s existing shareholders: Caixa Bank, Deutsche Bank, UniCredit, UBS, KBC, HSBC, Erste Group, Nordea, Rabobank, Santander, and Société Générale. In the busy trade finance space, some banks are playing “wait and see” with enterprise blockchain, said MC Gowan.